Don't Tell the Bride made a welcome return to RTÉ2 on Monday night and in a mere 60 minutes one groom managed to give 'walking down the aisle' and 'DIY weddings' an entirely new meaning.

Throughout the years Don't Tell the Bride has provided us with laughs galore over the grooms' venue choices. While the bride usually states her preference for castles, plush hotels and celebrity-worthy establishments, the hopeless husband's-to-be tend to opt for more interesting (and TV worthy) locations - the circus, a football stadium and even a bog....

The new series of the show continued the trend of random and off-the-wall venue choices, with Monday night's groom Ben really thinking outside the box (no pun intended), and picking flat-pack furniture giant IKEA to (literally) walk down the aisle to.

Understandably, Celina was 'morto' walking up the escalator of the Scandinavian chain in Ballymun as hoards of shoppers snapped away at her gúna, while the bubbly staff clad in oversized yellow shirts greeted her with warm applause.

Ikea ?????? I would kill him #Donttellthebride

The bride's face as they pull into Ikea. Priceless or 9.99 in ikea speak #dttbirl #donttellthebride

The widespread consensus on Twitter was that Celina should hit Ben over the head with a Swedish meatball and make a quick getaway in a shopping trolley, but to everyone's surprise, their love continued to grow piece-by-piece in the good company of Stockholm rugs and Billy bookshelves. 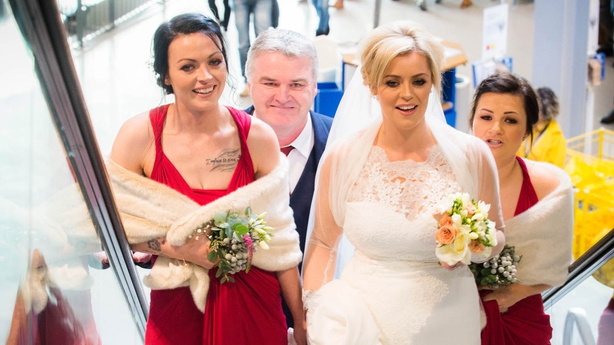 Say Yes to the Dress

For many brides picking the dress of their dreams is something they have sketched in their copybooks as little girls, with every teeny-weeny intricate detail being accounted for.

Unfortunately for most men, the finer details of chiffon and organza,  yellow-ivory and eggshell hues, and sweetheart necklines and lace bodices, go over their head.

Ben's head was ready to placed on one of IKEA's discounted chopping boards when his heavily pregnant bride realised he had forgotten to factor in room for her growing bump. After a few tweaks here and there, the end result was flawless, and Ben managed to save the day.

What a stunning bride!

Ben took some inspiration from the famous 'To me, you are perfect' note card scene from Love Actually to present his bride-to-be with an unforgettable wedding invitation. Yes, it was cheesy and over-the-top, but it was strangely touching (somebody pass the tissues). Ben may have had a few hairy moments planning the wedding, but his thoughtfulness gets five stars from us. 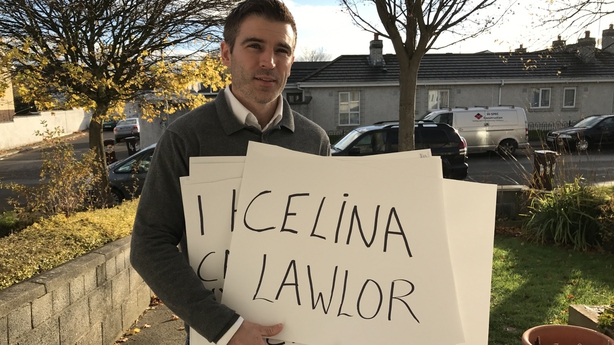 Taking a chapter out of The Good Wife's guide from the '50s, Ben decided that his blushing bride would benefit from a cleaning lesson - but only so the household chores could be shared.

The short-lived hen was swiftly flushed down the toilet and the bridal party went on to sing the night away. 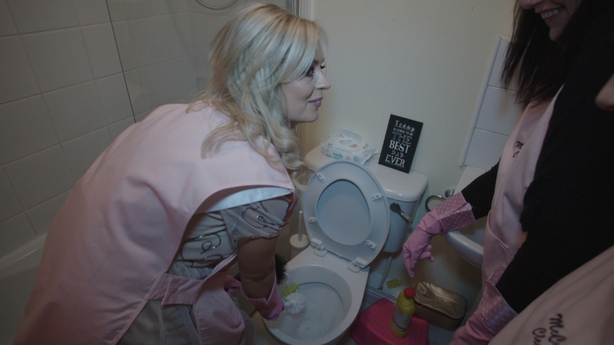 You can catch the episode of Don't Tell the Bride on the RTÉ Player here.