Oscar-winner Sam Smith has written a song for X Factor champ Matt Terry who has hailed the track as "absolutely incredible".

Terry was crowned the winner of the singing competition last year, but missed out on a number one with his Ed Sheeran-penned debut track When Christmas Comes Around.

He has confirmed that Sam Smith has written him a track, telling ITV's Good Morning Britain: "I did get a song sent written by Sam and it's absolutely incredible."

He appeared on the morning show with runner-up Saara Aalto, who also confirmed she had received a song from chart-topping star Sia.

She said: "For me it feels so surreal that I'm a girl from Finland and these people like Sia are sending songs."

She also revealed she will headline a huge concert when she returns home and Terry will be joining her on stage, saying: "After The X Factor tour I'm going to have my own arena concert in Helsinki on April 15 and 13,000 people are coming and I really wanted to bring a part of X Factor with me to Finland so Matt is coming to sing with me, which is really great."

The pair will first reunite with their fellow X Factor contestants for the tour but Terry said it feels like no time has passed since they were on the show.

He said: " Sometimes it does feel like yesterday but then I look back and I think oh my god we did that.

"Sometimes I do have to pinch myself to think what I've done.

"We both love it, we've been in the studio, we've been rehearsing for the tour, we have got to do so many cool things like the red carpets and go to these amazing awards." 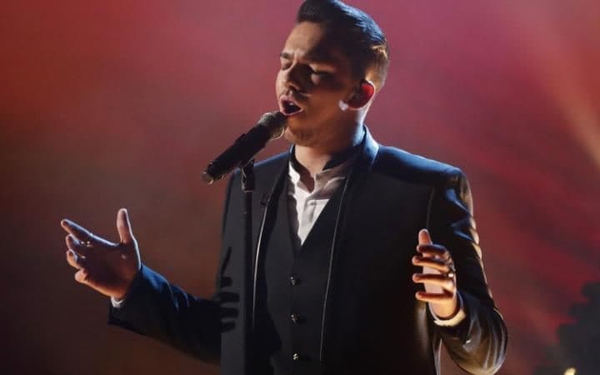 All the winners: From X Factor to Ex-Star