The Night Manager star Tom Hiddleston has said his shortlived romance with singer Taylor Swift was "real" and "the best time".

The stars' 2016 summer fling lasted three months, during which time there was much speculation that their relationship was merely a publicity-seeking exercise in the wake of Swift's split from DJ Calvin Harris.

However, in an interview with GQ Magazine, Hiddleston said: "Of course it was real."

"Taylor is an amazing woman," continued the Avengers and Thor actor. "She's generous and kind and lovely, and we had the best time." The relationship ended in September 2016, with E! News quoting a source as saying that Swift broke it off because Hiddleston wanted to make things "too public".

When asked by GQ about his now-infamous 'I (heart) T.S' vest, which he was photographed wearing at a Fourth of July party, Hiddleston said it was "a joke" and was worn to cover a back wound.

"The truth is, it was the Fourth of July and a public holiday and we were playing a game and I slipped and hurt my back," explained Hiddleston.

Taylor Swift Threw a 4th of July Beach Party with Tom Hiddleston and All Her Famous Friends: https://t.co/KVDG2ZQ8cr pic.twitter.com/xZXFmlta65

"And I wanted to protect the graze from the sun and said, 'Does anyone have a T-shirt?' And one of her friends said, 'I've got this'.

"And we all laughed about it. It was a joke."

Hiddleston said he needs to be "so psychologically strong about not letting other people's interpretations about my life affect my life".

"A relationship exists between two people. We will always know what it was," he added. 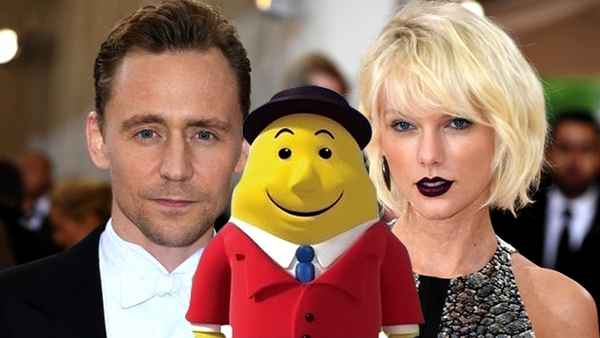