RTÉ Entertainment have teamed up with Paramount Pictures to offer readers a chance to win 40 pairs of tickets to a special advance screening next Wednesday (Feb 15) of the Oscar nominated movie, Fences.

Based on August Wilson's Pulitzer Prize-winning play, Fences sees Denzel Washington and Viola Davis reprise the roles that brought them Tony Awards back in 2010.

It's a story of African-American family life in the 1950s as bin man Troy Maxson (Washington) struggles with the what-might-have-been of his life - in this case a baseball career - and alienates long-suffering wife Rose (Davis) and family. 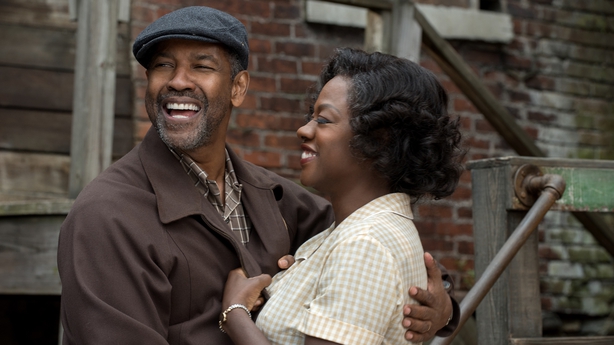 The movie is up for four Oscars including Best Picture, Best Actor, Best Supporting Actress and Best Adapted Screenplay.

To be in with a chance of winning a pair of tickets for the screening at the Lighthouse Cinema in Dublin at 6.30pm on Wednesday February 15, simply tell us the name of the actress from Fences who is nominated for an Oscar and who earlier this month won a Golden Globe for her role in the movie?

Send us your answer along with your name and address to entertainmentonline@rte.ie before this Friday February 10. Best of luck!

Fences goes on general release in Ireland on February 17.