Thursday night's edition of First Dates Ireland saw a young disabled Dubliner looking for love (complete with golden crutches and a very positive attitude) who won over the hearts of viewers - and best of all - his date for the night.

28-year-old Paddy Smyth, who has cerebral palsy in his legs, said that while he finds the dating game difficult and daunting because of his disability, he has never let it hold him back.

Speaking to RTÉ Entertainment the popular snapchat star said: “Personally, I feel insecure and I don’t feel attractive because I’m disabled. I think society’s perception of whether disabled people can be attractive is wrong.

“I think if someone is dating someone with a disability they feel weird because they feel that’s all that person is. That’s tough and I am gay as well and that makes it harder as well, especially in this day and age with Tinder. It’s hard to show that you are actually not just someone who is just disabled and gay. There’s so much more to me than that.”

However, former media studies student Paddy says that he has turned his disability to his advantage. “In some ways I love my disability. It makes me different which is probably why I have a following on social media. Although it’s a negative. It’s my Achilles Heel - in one way I hate it and in another way, I love it. It’s a paradox.”

“I do a snapchat called 'mydisabledlife' based around having a disability and I really showcase the ups and downs of dating with a disability.

“I’m very involved in social media so I thought First Dates would be a good avenue to go down to push barriers. What better than to go on a date and put my money where my mouth is and do it in front of the nation?”

The media savvy accounts manager from Sutton (“I’m a posh northsider) is a big movie buff with a Netflix obsession who describes himself as “a bit of a partier!” 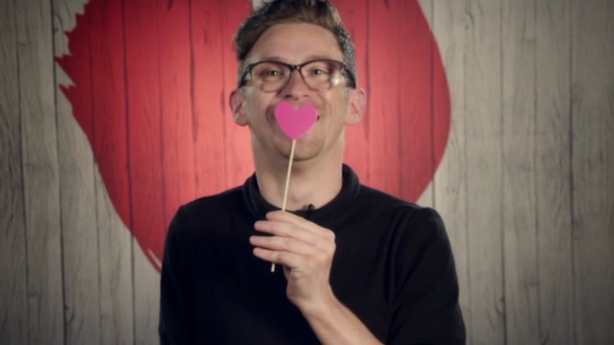 Viewers were also taken by his blinged-up crutches on Thursday night's show- they’re gold, well copper anyway. “I bought them online. They have special handles that mould to your hands,” Paddy says. “The crutches are an accessory because obviously I use them full time but I didn’t want the mundane grey ones - who will find them attractive? So I had to get new ones online and I had to get gold ones."

As to his perfect man? . . . “An Adonis! Only joking! To be honest, I don’t really know what I’m looking for. Obviously I need to be attracted to him, I need to look at them and find them attractive. Someone who will push me and someone who is not afraid of a slagging and a bit of banter. 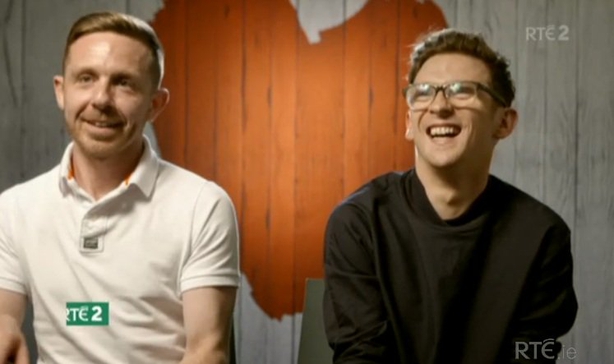 Well judging by how his date with David went last night, it looks like Paddy may have found his match (we're told there was kissing in The George afterwards!).

The pair stole everyone's hearts and were the undeniable highlight of this week's episode for viewers.

Paddy is a national treasure, fantastic to see disability and dating portrayed in such a healthy honest manner #FirstDatesIRL

*starts picking out a hat for the wedding* #FirstDatesIRL pic.twitter.com/Z8aWs9ELLL

You can watch First Dates Ireland back on the RTÉ Player here.