John Wetton, the lead singer and bassist for progressive rock supergroup Asia, who had hits with Heat of The Moment and Only Time Will Tell, has died aged 67.

Wetton was best known for appearing in a number of bands in the 1970s and 1980s, including Uriah Heep and Roxy Music.

The musician's long-time bandmate and friend Geoff Downes confirmed Wetton died after a "long and tenacious battle" with cancer as he led tributes following his death on Tuesday.

The singer died three weeks after he announced he was pulling out of Asia's forthcoming US tour due to having to undergo a round of chemotherapy.

In a post shared online, Downes wrote: "It is with great sadness and a heavy heart, that I have to report we have lost my dearest friend, brother, bandmate and long-term musical collaborator, John Wetton, who has passed away after a long and tenacious battle with cancer.

"He will be remembered as one of the world's finest musical talents, and I for one of many was wholly blessed by his influence.

"It was a massive privilege for me to have worked with this genius so closely on our numerous projects together over the years. His bass playing was revolutionary. His voice was from the gods.

"His compositions - out of this world. His sense of melody and harmony - unreal. He was literally a 'special one'."

King Crimson's Jakko Jakszyk wrote on Twitter: "Bollocks!! Truly and genuinely saddened by the news that John Wetton has passed. I was honoured to call him a pal. Love to you JW." 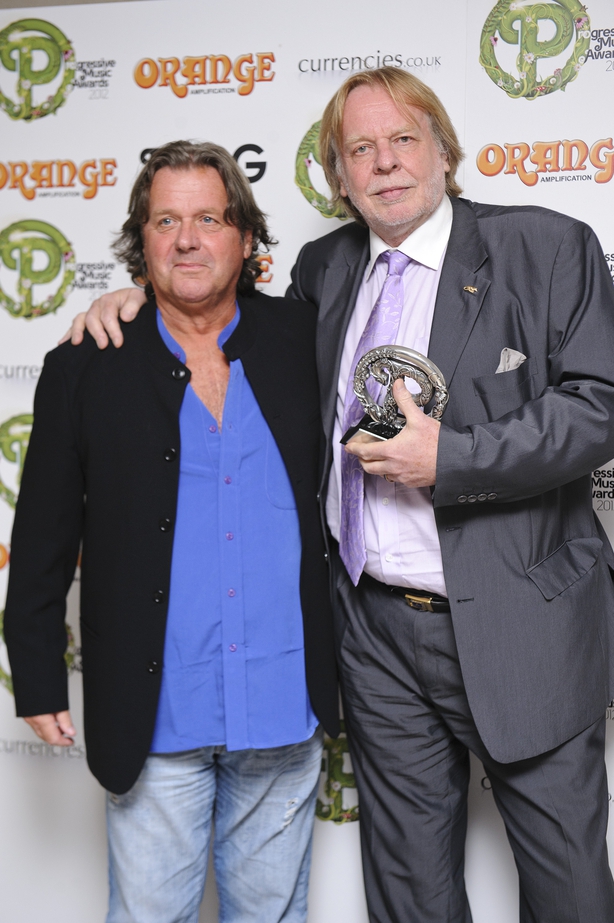 In 1981, Wetton and Downes - who was a member of new wave band The Buggles and rock band Yes - joined forces with Palmer of Emerson, Lake & Palmer and Steve Howe of Yes to form supergroup Asia.

As the frontman of Asia, Wetton acted as the lead songwriter, bassist and vocalist and enjoyed success with the group's debut eponymous album in 1982 and singles including Heat Of The Moment and Only Time Will Tell.

Statements by Carl Palmer and Geoff Downes on the passing of John Wetton: https://t.co/Dbqs88fJTf pic.twitter.com/MdG9MtWe6a

Asia's success waned in the 1990s and Wetton and Downes formed a duo called Icon while he also embarked on a solo career and frequently collaborated with other musicians.

Asia reunited in 2006 with the original line-up, recording a new album and going on a major tour, and they continued to produce new music until 2014 when Wetton was diagnosed with cancer.