Michael Jackson's daughter has said she "appreciates" the decision to pull the broadcast of a Sky Arts drama in which Joseph Fiennes plays her father following a backlash by the late pop superstar's family.

18-year-old Paris Jackson took to social media to say she was pleased about the decision, but added her astonishment that her feelings were taken into account.

i'm surprised the family's feelings were actually taken into consideration for once, we all really do appreciate it more than y'all know. https://t.co/MdOZgP3tD7

The Sky Arts programme was set to star British actor Joseph Fiennes as the King of Pop as part of the Urban Myths series starting on January 19.

Earlier this week Jackson's daughter, Paris, said she wanted to "vomit" after seeing images and a teaser clip of the actor as her father.

Sky Arts said it is dropping the episode, titled Elizabeth, Michael And Marlon, adding the decision was supported by Fiennes.

A spokesman said: "We have taken the decision not to broadcast Elizabeth, Michael And Marlon, a half-hour episode from the Sky Arts Urban Myths series, in light of the concerns expressed by Michael Jackson's immediate family.

"We set out to take a light-hearted look at reportedly true events and never intended to cause any offence. Joseph Fiennes fully supports our decision."

After images were published online showing Shakespeare In Love star Fiennes as Jackson and Stockard Channing as her godmother, Elizabeth Taylor, 18-year-old Paris Jackson wrote on Twitter: "I'm so incredibly offended by it, as I'm sure plenty of people are as well, and it honestly makes me want to vomit.

"It angers me to see how obviously intentional it was for them to be this insulting, not just towards my father, but my godmother Liz as well.

"Where is the respect? They worked through blood sweat and tears for ages to create such profound and remarkable legacies. Shameful portrayal."

She added: "He made a point of it plenty of times to express his pride in his roots. He would never have wanted this."

@TheMJCast i'm so incredibly offended by it, as i'm sure plenty of people are as well, and it honestly makes me want to vomit.

@TheMJCast it angers me to see how obviously intentional it was for them to be this insulting, not just towards my father, but my godmother liz as well

@TheMJCast where is the respect? they worked through blood sweat and tears for ages to create such profound and remarkable legacies. shameful portrayal

Urban Myths tells a collection of fabled tales including one about Jackson - who died in 2009 aged 50 - taking a road trip from New York to Los Angeles with Taylor and Marlon Brando following the September 11 terror attacks.

Ben Palmer, who directed four episodes of Urban Myths, had previously defended the casting of Fiennes as Jackson.

"We were casting Michael Jackson in 2001 and that obviously is a challenge in terms of the physical resemblance," he told The Guardian.

"We were really looking for the performance that could unlock the spirit, and we really think Joe Fiennes has done that. He's given a really sweet, nuanced, characterful performance."

A petition had been signed by more than 20,000 people to boycott the upcoming TV movie.

The petition describes how Jackson suffered with skin condition vitiligo throughout his life, thereby causing the lightening of his skin.

The author of the petition, Julie Rodriguez, wrote: "This casting is an insult to the very real professional struggles and health issues Jackson dealt with during his lifetime.

"It's bad enough when actors of colour are denied opportunities to play fictional characters of their own ethnicity due to the preferential treatment of white actors.

"But it's absolutely inexcusable for a film to whitewash a movie based on an actual human being, whether his appearance was typical of what we expect a black man to look like or not." 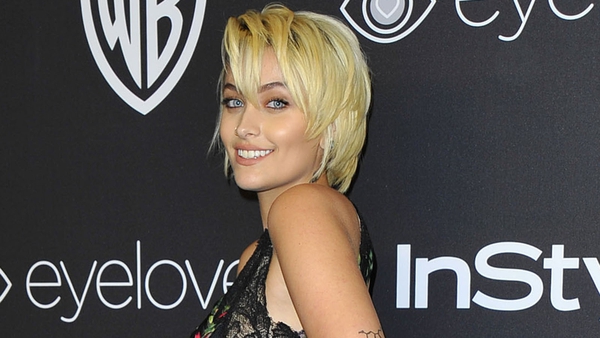