Hundreds of people gathered at Apollo House today as musicians including Glen Hansard, Christy Dignam, Kodaline and Hozier performed a concert in solidarity for the homeless.

Hansard has been supporting the Home Sweet Home campaign, whereby activists have occupied Apollo House and turned the building into a shelter for Dublin's homeless people.

This afternoon the musicians staged a free gig to draw attention to the cause.

The concert happened as news broke that receivers to Apollo House have launched a High Court action aimed at regaining possession of the property.

Hozier explained that he had been contacted by Hansard about today's event and said he was fully supportive of the action being taken by campaigners. 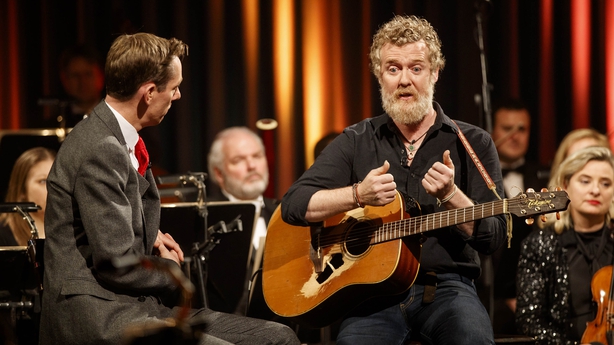 Last Friday Hansard made an impassioned appeal for people to support the occupation of Apollo House on the Late Late Show saying that the NAMA-managed building "essentially belongs to the people of Ireland".