The mother of One Direction singer Louis Tomlinson has died at the age of 42 following a battle with leukaemia.

Johannah Deakin's family confirmed that she passed away on Wednesday at a hospital in Sheffield.

A mother of seven, Johannah split from her ex-partner, Mark Tomlinson, around the time that Louis was auditioning for The X Factor in 2010.

A representative for the One Direction singer issued a statement earlier today confirming details of her illness.

"Earlier this year Johannah was diagnosed with a very aggressive form of leukaemia that required immediate and continuous treatment. We respectfully request that the family are given time and space to grieve in private." 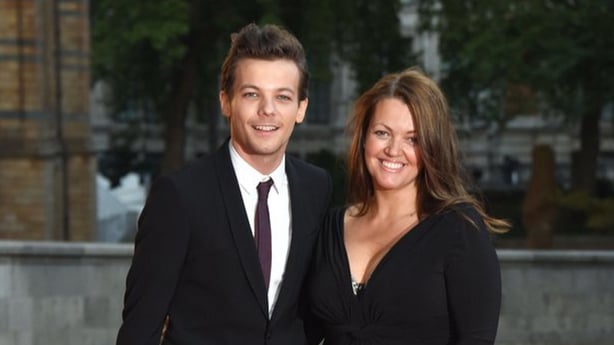 She remarried in 2014 and her husband, Dan Deakin, today paid tribute to her, calling her "incredibly selfless" and a "truly amazing mother".

Tomlinson, who had been scheduled to make a surprise appearance on the X Factor this weekend, will still perform in memory of his mother, his management confirmed.

Louis' last Instagram post, published on the social media site last month was  a picture of his mum with the caption, "My mother looking gorgeous before the Brits (Awards) earlier this year. I love and miss you so much!"

Along with Louis, Johannah leaves behind six other children, Lottie, 18, Felicite, 16, twins Daisy and Phoebe, both 12, and twins Ernest and Doris, both aged two, who she gave birth to prematurely in 2014. She was also grandmother to Louis' ten-month-old son Freddie.

Tomlinson's former 1D bandmate, Zayn Malik, was among one of the first celebrities to tweet his condolences.

@Louis_Tomlinson love you bro! All of your family is in my prayers. proud of your strength and  know your mum is too x

@Louis_Tomlinson my heart breaks for you. I am so sorry. My thoughts are with you and your loved ones at this incredibly tragic time.

@Louis_Tomlinson love you bro! All of your family is in my prayers. proud of your strength and  know your mum is too x

Heartbroken for you @Louis_Tomlinson. Your mum Jay was an incredible person. Sending you all my love