Carrie Fisher has denied saying Harrison Ford was bad in bed following her revelation that the pair had an "intense affair" during the making of of the first Star Wars film in 1976.

The 60-year-old actress says she was 19 years old when she had a three-month romance with the Han Solo star, then a 33-year-old married father of two, which she kept secret for 40 years.

Some reports claimed that Ford did not impress in the bedroom, but that Fisher forgave him because he was so handsome. However she has categorically denied that account of events in a tweet.

I would never talk about how someone was in any furniture--chair, bed, coffee table or otherwise

Fisher, who played Princess Leia in the original Star Wars trilogy and who also appears in JJ Abrams reboot of the franchise, told People magazine: "It was so intense. It was Han and Leia during the week, and Carrie and Harrison during the weekend." 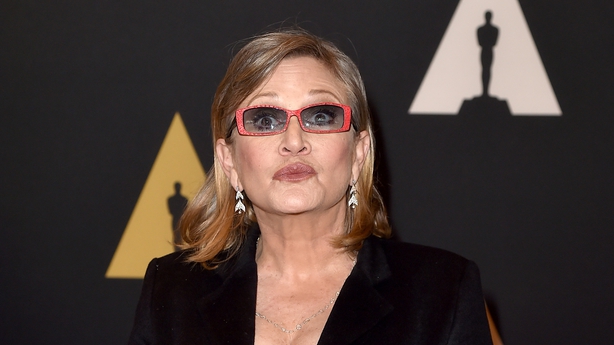 In an excerpt from her memoir, The Princess Diarist, Fisher said she and Ford spent their first night together following a birthday party for Star Wars director George Lucas.

"I looked over at Harrison. A hero's face - a few strands of hair fell over his noble, slightly furrowed brow," she wrote.

"How could you ask such a shining specimen of a man to be satisfied with the likes of me? I was so inexperienced, but I trusted something about him. He was kind."

Fisher and Ford reunited on screen last year in Star Wars Episode VII: The Force Awakens. In the course of the original trilogy, Fisher and Ford's characters fall in love.