Bono has responded to criticism over his Glamour magazine Woman of the Year award by reading out sarcastic tweets about himself at the award ceremony, with one tweeter comparing him to a "75-year-old lady from Miami".

At the ceremony on Monday night, the U2 frontman acknowledged that it was "ridiculous" that he was named among the recipients of Glamour magazine's Woman of The Year awards.

Bono also used his speech to call on president-elect Donald Trump to make equality a priority during his administration.

After the ceremony, Bono's daughter, actress Eve Hewson, posted a picture of her family on Instagram with a caption praising her father.

The caption reads: "Even though our facial expressions would suggest otherwise, we really were very happy and proud to see dad become the first Man Of The Year at the Glamour Awards last night.

"In a year where men are celebrated, rewarded and even granted the presidency of the United States for bragging about sexually assaulting women, encouraging violence against women, for planning to take away a woman's right to her own reproductive health and for being just plain WRONG on SO MANY LEVELS, it is important to take a moment to celebrate the men out there that are getting it right!

"I am so proud to have this man as my father I could burst. He works harder than any man I have ever known and he works harder FOR WOMEN than any man I have ever known. He deserves all of the awards and all of the love and the world needs more men like him.He is also very tall, very handsome and very intelligent. Did I mention that he's very tall?" 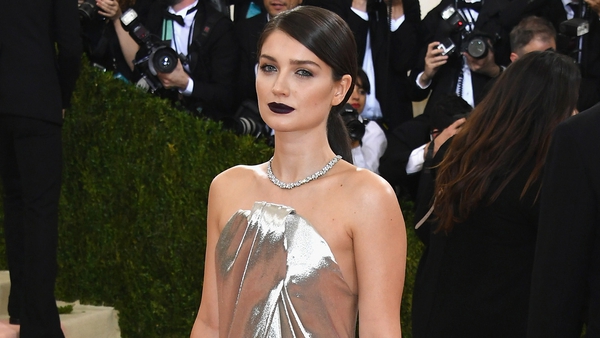