After an incredible year for Irish film, culminating in a record nine Oscar nominations and box office hits such as A Date for Mad Mary and Young Offenders, there's considerable excitement over the release of Jim Sheridan's latest film, The Secret Scripture.

The movie is an adaptation of Sebastian Barry's Man Booker nominated and best-selling novel and the good news for fans is that the first trailer is finally here.

It tells the story of a one-hundred-year-old woman, Roseanne McNulty (Redgrave) who has lived in a Co. Roscommon Mental Hospital for almost half of her life.

She decides to write her autobiography and begins a conversation with psychologist, Dr. William Grene that triggers memories and leads to her exploring an eventful past.

Through flashbacks we learn that the younger Rose (Mara) found herself in a love triangle between a fighter pilot, played by Reynor and a local priest that had dire consequences for all of their lives.

As readers of the book already know there's also one heck of a plot twist, that will either leave you shocked or more likely shouting at the screen.

The movie was co-written and directed by Jim Sheridan, who has a formidable pedigree with Oscar voters. It had its World Premiere at the Toronto Film Festival in September, however initial reviews were decidedly lukewarm. 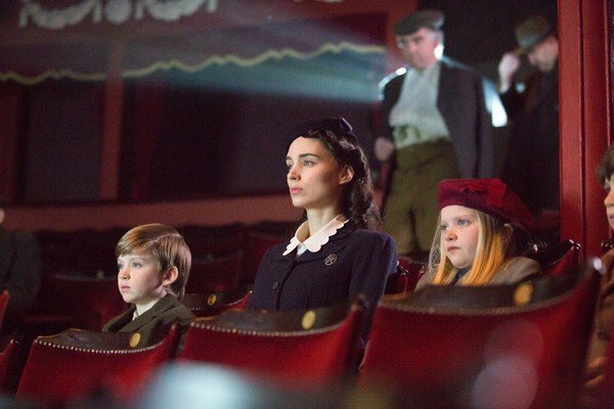 In it's review The Guardian said that "Sheridan’s take on the material is solidly made but sorely lacking in subtlety, while Variety was equally as critical saying that the movie "often fails to make sense on the most essential level and the characters have no discernible motivations or detectable inner lives". Ouch!

The Hollywood Reporter was kinder praising the film's cinematography and how Sheridan "shapes the drama with a sure grasp of the injustice that courses through Rose’s story".

The Secret Scripture is due to go on release here in Ireland in the New Year.