Donald Trump's victory in the US Presidential election will be up for discussion on tonight's Late Late Show with controversial British columnist Katie Hopkins among those weighing in on the election result - much to some viewers' displeasure.

Trump supporter and former Apprentice candidate Hopkins will explain why she thinks the former US Apprentice host's campaign resonated with voters while comedians Oliver Callan and Dara Ó Briain will give their wry takes on events in the US.

Hopkins' previous appearances on the Late Late angered some viewers and she was heckled on the show in September 2014 for her attitude towards audience member Andrea Smith.

In the run-up to Friday's programme there have been calls to remove Hopkins from the line-up and for viewers to boycott the show.

Katie Hopkins wouldn't be on the #LateLate if people would just ignore her and stop giving her attention. She's a draw cause we don't ignore

So, twitter is still obsessed with #latelate
Tubs must be thrilled

Best way to enrage your one on the Late Late tonight is to ignore her. If she trends on Twitter, she wins, if she's ignored she loses.

Stop the lights! Elsewhere with the new series of Bridget & Eamon beginning on screens next Monday night, the showbiz couple will take Late Late viewers back in time as they resurrect RTÉ quiz Quicksilver for one night only.

Staying with the 1980s (ish) - also appearing on the show will be broadcaster and hotelier Bibi Baskin who will explain why she wants to return to Ireland.

There's bound to be plenty of fun too as colourful campsite owner and entrepreneur David McGowan pops in discuss his plans to turn Enniscrone in Co Sligo into a major holiday destination. 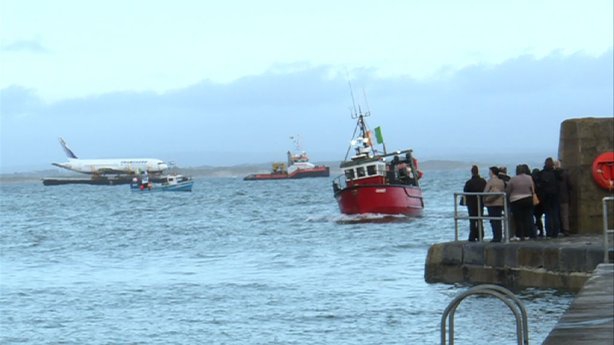 Several months ago he brought an old Boeing 767 to Sligo where he plans to make it the accommodation centrepiece of his glamping site along with a double decker bus and old London taxis.