So Donald Trump is the US President elect! For many it's a downright bewildering result, though it comes on the back of a bizarre campaign that at times lurched from comedy to the surreal to the downright unbelievable in a spectacle which not even the bravest Hollywood producer could have dreamt up.

Tinseltown always likes to think its ahead of the curve; after all, numerous portrayals of African-American Presidents in movies and TV shows such as Deep Impact, Fifth Element, Idiocracy and 24 were said to have paved the way for Barack Obama's election in 2008. So how have the two leading contenders in this year's election fared on-screen and what did Hollywood think of them both? Here's a quick guide.

Let's start with the Democratic candidate. Apart from a few oblique references in movies such as Die Hard With A Vengence (seriously) where it is predicted that she will become the 43rd President of the United States - her husband Bill was the 42nd - Hilary doesn't get much of a look in by Hollywood. (Though she had little to thank it for when Michael Bay's so-so movie about the 2012 attack on the Benghazi compound, 13 Hours: The Secret Soliders of Benghazi, was released earlier this year).

However, it has been portraying female Presidents for some time so it could (and probably will) argue that it's been helping to create a culture where its the norm to see the occupant of the White House as a woman. 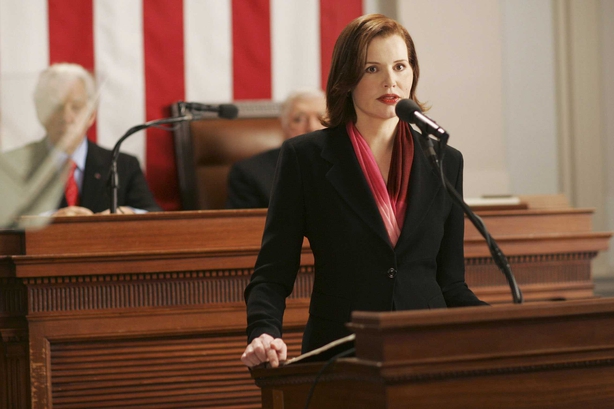 On TV there's been Geena Davis in Commander in Chief, Cherry Jones in 24, and this year's big screen blockbuster, Independence Day: Resurgence, had a female President played by Sela Ward who acknowledged that she had based her character on Hillary Clinton and studied her on the campaign trail. But overall it's been slim pickings.

Probably the best  - and funniest - portrayal of a female President has been Julia Louis-Dreyfus' award winning turn as the bumbling, narcissistic President Selena Meyers in the brilliant Veep. Admittedly the former Vice President only entered the Oval Office after the previous occupant was forced to step down for personal reasons but it's been TV gold all the way. Her encounters with another female leader, the Finnish Prime Minister, played to stony perfection by British actress Sally Phillips (Bridget Jones Baby), have been among the highlights of the past two seasons.

And of course lets not forget that other Democratic power couple that make the Clintons seem like a pair of sedate chess players. We are of course referring to President Underwood and his ruthlessly ambitious wife Claire, played with steely coolness by Robin Wright, on Netflix drama House of Cards. 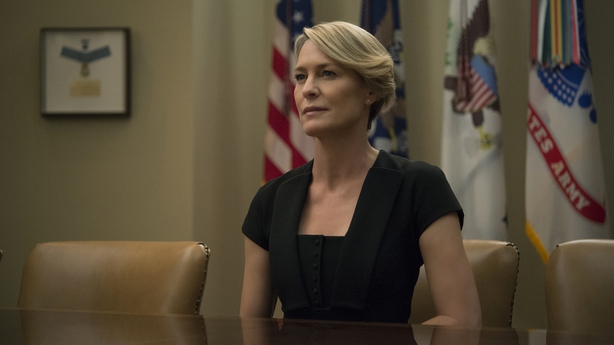 At the end of the last season Claire agrees to run as the Vice Presidential candidate alongside her husband, but anyone who's been following the series can clearly see that she's got eyes on the bigger office. Much like the Clinton dynasty, could we be in for a second President Underwood? So far the producers are giving nothing away but don't rule it out.

He may be no fan of the "mainstream media" and, as expected, The Donald's treatment at the hands of television and movie executives has been far less benign than his election rival. For a start, Hollywood is an overwhelmingly Democratic town and you need only look at the string of celebrities lining up to support Hillary's campaign to see how disposed the industry is towards the Republican candidate. But, ironically, it was TV that brought Trump to prominence with the American public through his role as presenter of The Apprentice.

During the campaign, The Donald felt the wrath of the writers on Saturday Night Live and he launched a withering attack on the long running comedy sketch show over skits in which he is portrayed (in a scarily accurate fashion) by actor Alec Baldwin. Trump claimed the sketches were nothing more than a "hit job". We think they hit the nail of the head.

But most famously of all, it was revealed that the character of Biff in Back to the Future was modelled on Trump. The disclosure was made last year by the movie's screenwriter Bob Gale who put an end to endless fan speculation about the character in the movie franchise. 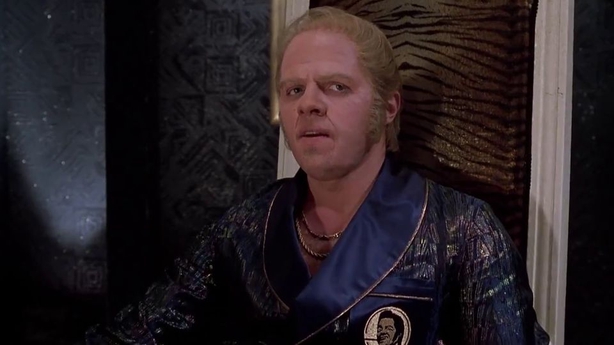 In the second movie, Biff becomes a successful businessman who opens a 27-story casino and - among that movie's many prescient touches - he uses his money to influence US politics. Biff's brand of swagger and influence eventually turns Hill Valley into a town filled with crime and corruption.

Mind you The Simpsons went even further and imagined a future where Donald Trump actually made it all the way to the White House. In a vision of the future seen by Bart, it's up to his sister Lisa - now ensconced in the White House - to clear up the economic mess left by a Trump Presidency.

Meanwhile some eagle eyed amongst you may have also spotted another character inspired by Trump in the very excellent The Lego Movie. President Business aka Lord Business pays more than a passing resemblance to the Republican candidate, what with the riotous hair, the skyscraper apartment and, oh yeah, the fondness for building walls. 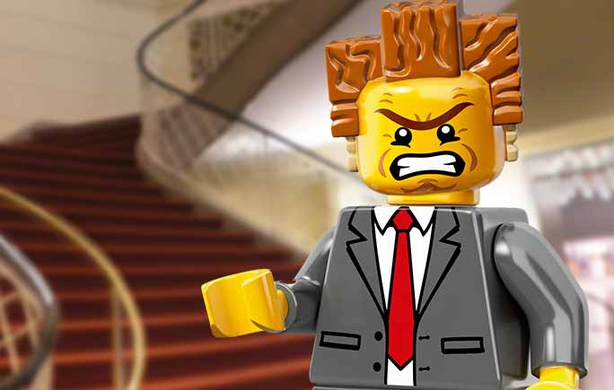 Key quotes include "Wooh! I love everyone on this room" and "I move that we freeze the universe. Could I get a second on that?". That's enough to convince us.