There was a new twist for Fair City viewers in Wednesday night's chilling episode as Katy's masked captor eliminated one Carrigstown resident from fans' list of suspects.

Last month, to mark the show's 4,000th episode, it was revealed that the missing Katy is being held against her will.

In Wednesday's episode, viewers saw Katy at breaking point as she trashed her room and roared at her captor.

Exhausted after the rush of adrenaline, Katy fell asleep on her bed.

While she was sleeping, the door opened and Katy's captor watched her before covering her with a blanket. 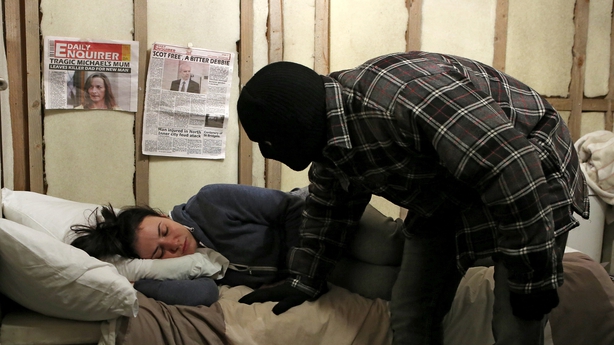 As Katy awoke the man touched her on the arm before leaving the room.

Outside the door, he said to her: "I promise you, I'm not Tommy Dillon."

Katy then saw she had been left some DVDs, CDs and a change of clothes.

The mystery continues on RTÉ One on Thursday night at 8pm.