Rap mogul Jay Z will return to the stage to rally voters for Hillary Clinton in the key swing state of Ohio, her campaign said on Tuesday.

The Democratic presidential candidate's website invited fans to enter a lottery for a ticket to Jay Z's free show, which will take place on November 4 in Cleveland.

The rapper and husband of Beyoncé also performed in Ohio to support President Barack Obama during the 2012 election when he tinkered with his hit 99 Problems to throw in a reference to Republican rival Mitt Romney. 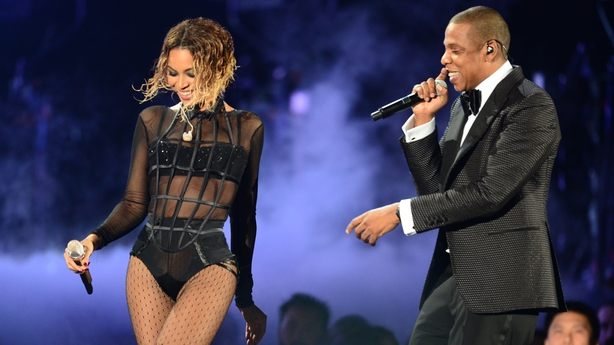 Beyoncé and Jay Z on stage

Jay Z has played few shows in the past two years as he focuses on his Tidal streaming company, although he is also scheduled to perform next month in India at the Global Citizen Festival against poverty.

Prominent musicians have rallied behind Clinton in her quest to be the first woman president, notably pop superstar Katy Perry who has described herself as Clinton's "number one fan."

Miley Cyrus, the pop star known for her provocative on-stage antics, surprised university students over the weekend in another swing state, Virginia, by knocking on dormitory doors to encourage young voters to get to the polls for Clinton.

Rival Donald Trump has had few major backers, with a long list of artists including the Rolling Stones and Adele asking the Republican candidate to stop playing their music at rallies.

Among Trump's few musical backers are rocker and gun enthusiast Ted Nugent, who appeared in a commercial for the billionaire.