Will Young has said he is feeling "absolutely dandy" after quitting Strictly Come Dancing, and that the reasons for his departure are "all very undramatic".

Young announced he was leaving the show on Tuesday night, citing "personal reasons". On last Saturday's programme he had a difference of opinion with Strictly's head judge Len Goodman about the salsa content in his performance. Their exchange ended with Goodman telling Young to "turn up, keep up, shut up".

In a text to Chris Evans' show on BBC Radio 2 on Wednesday morning, Young said he was in good form but did not elaborate on his decision to depart Strictly.

"Here's the thing: I'm absolutely dandy, thanks," he said.

"It's all very undramatic, really. I've done my statement and others can say what they want to say. I never read what they say anyhow," he continued.

When the news broke that he had quit Strictly, Young said he was leaving with "joy in my heart that I have been able to take part in one of the most loved shows on British television".

He praised his professional partner, Karen Clifton, saying that the creative partnership with her "has been the most wonderful thing to experience" and said he had made "some great friends".

Responding on Twitter, Clifton said she was "so sad" to see Young depart. "I know it wasn't an easy decision for him. It was great dancing with him, he was such fun to work with and I wish him all the very best for the future," she said.

The show's celebrities also expressed their sadness at Young's decision. Fellow contestant Laura Whitmore tweeted an image with the message: "Be kind, for everyone you meet is fighting a battle you know nothing about" but did not refer to the singer directly.

Model Daisy Lowe, who is also taking part in Strictly this year, said the show would not be the same without Young, while Hollyoaks star Danny Mac described the contestants as "gutted".

Clifton's fellow professionals Natalie Lowe and Janette Manrara also paid tribute to Young. Lowe said it was "an absolute dream" to work with him, while Manrara said she was "sending all my love & positive energy to an awesome guy".

?? @willyoung its been an absolute dream working & getting to know u. Your calm energy, smile & eyes are infectious & Light up the room #scd https://t.co/9lQLWcPkM4

Young and Clifton were due to perform the Viennese waltz to Say Something by A Great Big World and Christina Aguilera this Saturday.

They were in joint fourth position on the leaderboard with 31 points last weekend, when they performed their salsa during the movie-themed episode. 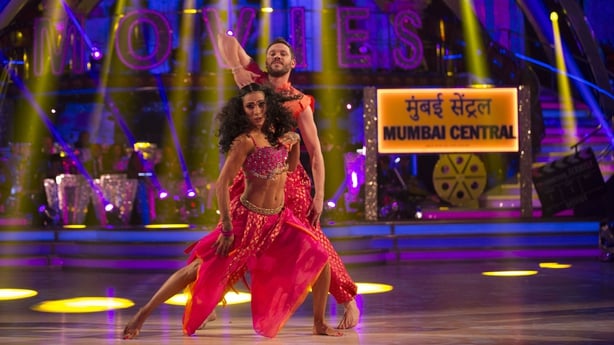 A Strictly source said there is no bad blood between Young and Goodman following Saturday night's exchange, and that there is a lot of mutual respect between them. Goodman and fellow judges Darcey Bussell, Craig Revel Horwood and Bruno Tonioli have not commented on Young's exit, nor have hosts Claudia Winkleman and Tess Daly.

The series will proceed as normal with a results show on Sunday, when the third celebrity will be eliminated following the public vote.

Strictly Come Dancing airs on BBC One at 6:30pm on Saturday. 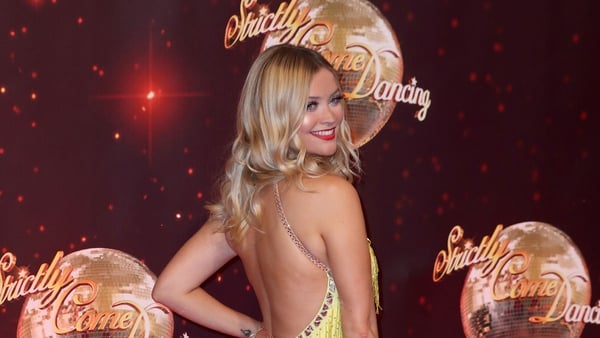