Surreal, sad and funny, this delightful documentary will put a spring in your step

Colm Quinn’s affectionate and insightful look at Ireland’s self-crowned king of bedding is not quite the bouncy, feel-good flick you might be expecting. It's actually a tale of harsh economic reality in working class Dublin as seen through the eyes of one man - Paul Kelly.

However, Mattress Men also features a bloke dressed as a mattress, a DeLorean, and a central character who resembles Johnny Forty Coats meets Pat Jennings on acid.

Kelly is the man behind the horizontal throne. He invented the persona of Mattress Man, the zany, ever so slightly creepy alter ego of mattress seller Michael Flynn. When the, well, stuffing is knocked out of Flynn’s business, Kelly dreams the shambling Dublin version of the hyper American back-lot car salesmen who clog up US cable TV. 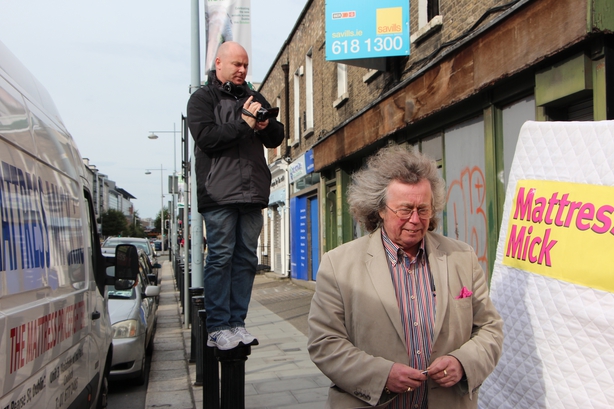 There is friction between the two men who are, at heart, friends but also business partners

Over the past few years, Flynn has become a fixture on Northside Dublin billboards and a minor viral (perhaps not the best word to use when it comes to bedding) YouTube hit with his game for anything ads and skits. As one MC at a public appearance puts it, Flynn is "the man who goes to bed with half of North Co. Dublin every night."

However, there is, you might say, a glitch in the mattress. When we first meet Paul Kelly, he is only working one day a week in Flynn’s inner city mattress emporium and is struggling to support his young family. When Flynn’s business picks up, Kelly asks for a bigger slice of the action.

Watch our interview with Michael Flynn and Paul Kelly

It causes friction between the two men, who are, at heart, friends but also business partners. The tension between them is palpable. Kelly is a true grafter with a puppy dog enthusiasm and self-belief in face of economic hardships and while Flynn may play the clownish seventies throwback, a kind of dopey wizard of the luxury divan, he is of course a whole lot smarter than that. 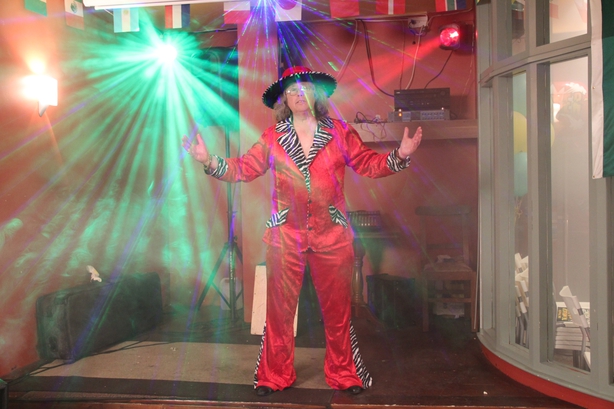 Flynn plays the clownish seventies throwback, a kind of dopey wizard of the luxury divan

Documentary filmmaker Quinn tells the story without interfering or using any of the manufactured dramatic effect of reality soaps. This is a cleverly made documentary with a threadbare budget. However, this is mostly a film about Paul Kelly and we learn precious little about the real star of the show.

Other than shots of Flynn commuting into town on the DART, he remains a jovial figure willing to act the maggot. However, Quinn never misses a trick; at one point, a shot of a wintry, rain-lashed Dublin street is blocked by a passing bus plastered with an ad for Horrible Bosses 3.

The capital is largely seen as boarded-up, graffiti-ridden and derelict; Mattress Men is also an on-going story of recession and austerity. At one point, Kelly watches from the periphery of a water charge protest and his struggles at home and work are portrayed with both sensitivity and honesty.

If Mattress Man’s japes and pranks aren’t naff and funny enough, further light relief can be found in the endless optimism of employee Brian Traynor, a street philosopher who parades up and down busy roads or around housing estates dressed in a mattress, complete with broad smile and googly eyes, drumming up business.

Not unlike that walking billboard, Mattress Men will put a spring in your step. 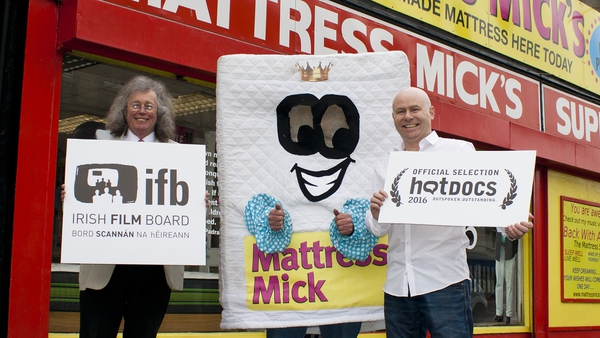