Comedian Jennifer Saunders has left fans of The Great British Bake Off disappointed after she rubbished a string of reports that she and Dawn French were being lined up to host the show.

Over the weekend a number of news outlets reported that the comedy duo were in talks about taking over from Sue Perkins and Mel Giedroyc as hosts when the show moves over to Channel 4. It was also suggested that none other than culinary great, Delia Smith, was also being lined up as a replacement judge for Mary Berry.

However today the Ab Fab creator posted a tweet saying that the reports about herself and Dawn were "complete bo***cks".

Its complete bollocks that Dawn and I are 'lined up' to take over Great British Bake off.

Fans on social media urged Saunders to reconsider, with one tweeting: "Well that's just a Great British disappointment! Please will you reconsider...?!" while another wrote  "You two should be lined up to take over the UK. I'd vote!"

Saunders took part in a celebrity edition of the popular baking show in aid of Comic Relief in 2015. 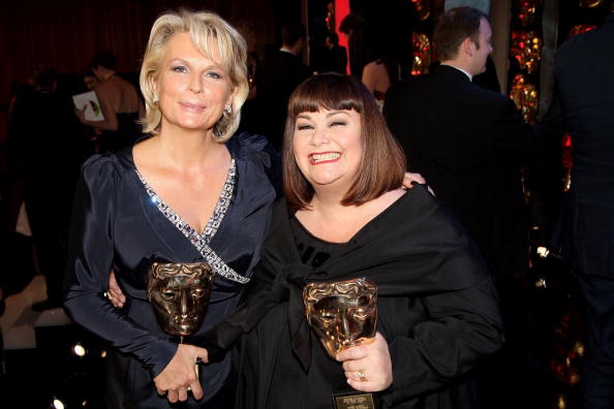 Giedroyc and Perkins announced that they would not be reprising their presenter roles when the show moves from the BBC to Channel 4 next year saying that "we're not going with the dough".

Judge Mary Berry followed them a few days later, stating she would be remaining at the corporation and saying "farewell to soggy bottoms". Her fellow judge Paul Hollywood is the only member of the original line-up moving to its new home.

Celebrity chef Delia Smith was also believed to be in the running, according to The Sun newspaper.

However Channel 4 has also played down the speculation saying that no decision on finding replacements had been made yet. 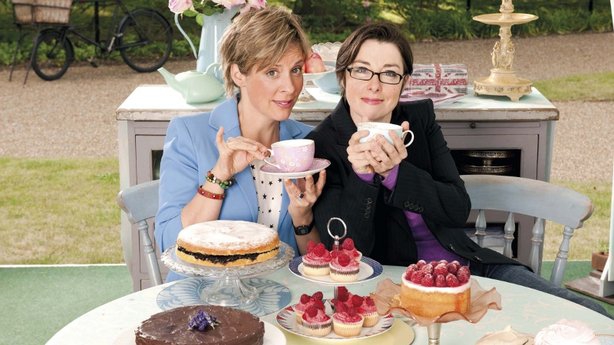 "We are taking our time to find the right presenters and judges for Bake Off. We have not approached anyone about the roles" the broadcaster said in a statement.

Meanwhile the show keeps going from strength to strength in the UK. This season's run has already made a clean sweep of the top five most-watched programmes of the year so far with an average of 13.5 million viewers tuning in to each episode.