RTÉ has announced that work on a sequel to Easter 1916 drama Rebellion will begin next week.

Resistance will be a five-part historical drama set during the War of Independence, a time when the Irish Republican Army (IRA) fought a tit for tat guerrilla war against the British security forces in Ireland.

As with its predecessor, this new drama presents a core of fictional characters from a broad section of Irish society, as the conflict in Ireland heads towards a climax. The series is written by Colin Teevan, who was similarly involved in Rebellion.

The cast includes Brian Gleeson (who was a leading cast member in Rebellion) and a host of well know Irish actors including Simone Kirby, Natasha O'Keefe and Moone Boy's Aoife Duffin. 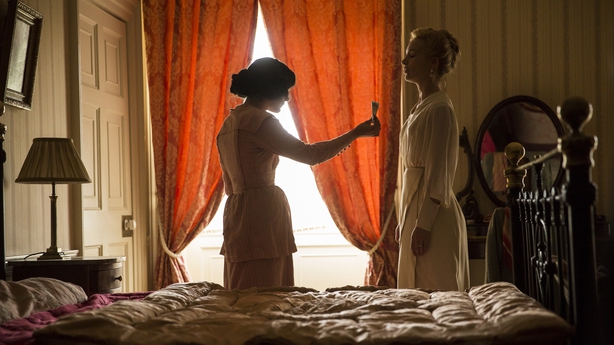 Although Rebellion was a ratings hit, with 619,000 tuning-in for the opening episode, it drew a mixed reaction from critics some of whom took issue with its apparent lack of historical accuracy and what one critic called "bad writing" and "flat direction".

RTÉ's former Managing Director of television, Glen Killane acknowledged some of the criticism and told the Irish Times that “there were things we could have improved on. No piece of television is ever perfect and there are always things that can improve."

Filming begins next week on another new drama series, a contemporary six-part thriller Acceptable Risk. It's set in the high stakes world of Big Pharma in Ireland and Canada and is written by by Ron Hutchinson, an Emmy-award winning LA-based screenwriter

The series stars Elaine Cassidy, who starred alongside Cillian Murphy in the film adaptation of Disco Pigs and Angeline Ball from The Commitments.