Irish actress and model Olwen Kelly has received widespread praise for her role in a new horror film....playing a corpse.

The Celbridge born woman had to pull off the difficult feat of lying perfectly still during the five week shoot on The Autopsy of Jane Doe. However her performance in the movie alongside Hollywood big-hitters Brian Cox and Emile Hirsch has garnered a lot of plaudits.

Following its premiere at the Toronto Film Festival a number of influential publications singled her out for praise. The Hollywood Reporter said that "The young Irish actress Olwen Kelly also deserves special mention for her unorthodox performance as the corpse, studying yoga and meditation to help her lie perfectly still for hours."

Industry bible Variety was also full of praise saying that "Kelly deserves applause of a different kind for enduring a role which must have required the patience of Job." 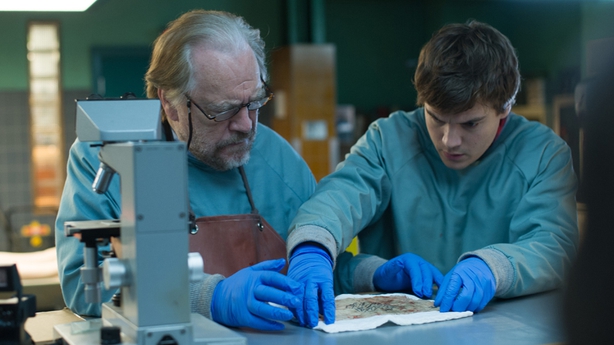 Olwen has laughed off the compliments saying "It was essentially five weeks lying still so I guess that is a feat in itself!".

During filming the actress sometimes had to lay down for eight hours in a day. However she says her yoga skills played a big part in her ability to stay still for so long.

"At the time I was doing quite a lot of yoga and meditation which sounds a bit ridiculous but it really did help", she told The Ryan Tubridy Show on RTÉ Radio 1. "Even when I started doing yoga and meditating I couldn't do it for longer than a minute before my mind started getting bored, and of course when you start getting bored and you're trying to lie still you're inadvertently starting to twitch.

"So it did help, shallow breathing, and overall being very calm."

The young Irish star moved to London four years ago after studying Science in NUI Maynooth and took up a career in modelling.

She also credits her modelling experience as one of the reasons behind the success of her performance as a corpse.

"I did have to be very aware of my own body and I guess as a model you are quite in control of your body", she told Tubridy. "Now thinking back on it I do wonder how I lay there for so long being still, but at the time every day was different and you don't really think about it I guess. It's like going into work.

Of her future plans, Kelly said she" definitely wants to get over to LA", adding: "I've got another film coming out later this year in Ireland which is called Darkness on the Edge of Town, and I am living in that!"

The film by cult Norwegian director Andre Ovredal (Trollhunters) will have its European Premiere at the London Film Festival next month.