Warm tributes were paid to the late broadcaster and presenter Terry Wogan at a memorial service in London's Westminster Abbey on Tuesday.

The service was on the 50th anniversary of Wogan's first BBC radio broadcast, and took place alongside a series of tribute programmes on radio and television looking back at Wogan's decades-long career.

The 77-year-old Limerick man passed away in January this year, after what his family described as "a short but brave battle with cancer".

Chris Evans, who took over Wogan's hugely popular BBC Radio 2 Breakfast show, led the tributes and said Wogan "wasn't the best. He is the best and he will always be the best."

During a speech to the congregation he also shared some humorous anecdotes about his late friend. 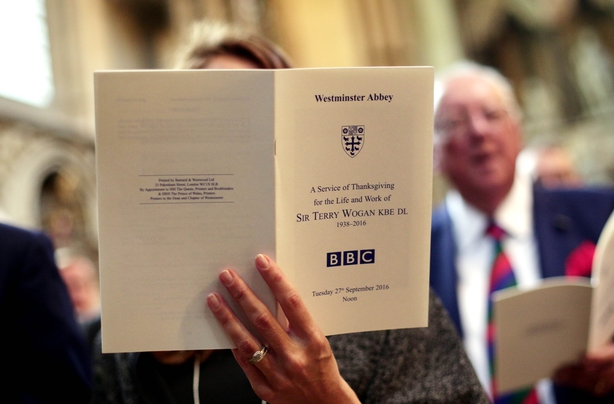 He explained that Wogan invited him for lunch when he landed the job hosting the rival BBC Radio 1 breakfast show. After a marathon day of food, wine, golf and more wine, Evans inquired around midnight whether his host had to do any preparation for the following day's breakfast show.

Wogan replied: "It's very simple. They either like you or they don't."

Lumley read a poem specially commissioned for the event, entitled For The Former Greatest Living Irishman. "I think he was the tops, the cat's miaow," she said. 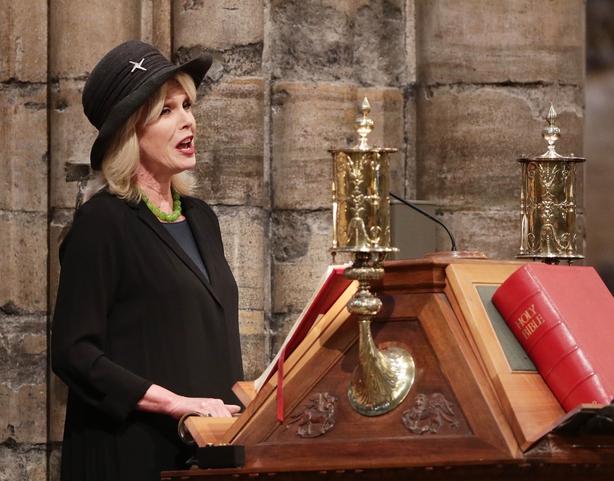 Before the service began there were also warm tributes from fellow Irish broadcaster Eamonn Holmes.

He praised Wogan as someone who was "mischievous, he was intelligent... he was a poet and he loved a good old gossip as well" and he also saluted the late broadcaster's support for emerging Irish talent.

Wogan's children, Alan, Mark and Katherine, also paid tribute to their father's "love of our mother, his children and grandchildren", "his true understanding of charity", his "empathy and selfless wisdom", his gentleness and "his love of people".

This Friday at 9pm, BBC One airs its special tribute programme, Sir Terry Wogan Remembered: Fifty Years at the BBC, which will include contributions from Graham Norton, Dermot O’Leary, Katie Melua and many more.