The distributor behind Louis Theroux's upcoming documentary, My Scientology Movie, has confirmed that it won't be getting a release in Ireland next month but has refused to comment on speculation that the country's blasphemy laws are to blame.

There had been claims that Ireland's blasphemy laws threatened to keep the movie from cinemas here, in particular the 2009 Defamation Act which forbids the "publication or utterance of blasphemous matter" against any religion. A conviction under that law brings a maximum fine of €25,000.

The controversial movie uses actors to recreate incidents people claim to have experienced as members of the 'Church'. It in turn retaliates by putting Theroux and his film crew under surveillance. 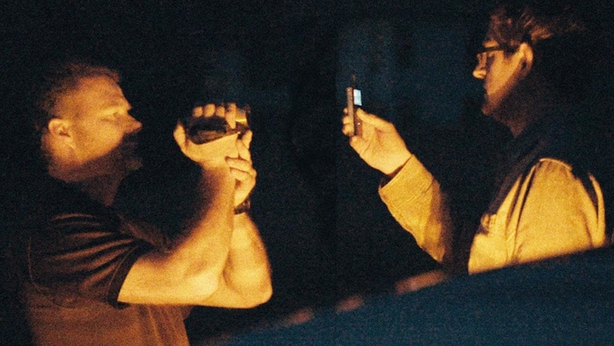 The movie's UK distributor, Altitude Film Distribution, plans to release the movie there on October 10th, however no Irish release had been scheduled.

Graham Spurling, the managing director of Spurling Group Cinemas and the Movies @ chain here had suggested that the blasphemy laws could be to blame despite the fact that My Scientology Movie hadn't been submitted to the Irish Film Classification Office.

His claims were widely reported and now Louis Theroux himself has waded in on the speculation. He tweeted on the controversy, saying "Wow, bummer" adding that it doesn't look like his movie will get an Irish release "due to blasphemy laws".

Wow, bummer. MT: Looks like My Sc'tology Movie won't get an Irish release due to blasphemy laws https://t.co/g7dMDr0ku1 via @entertainmentie

A statement from the Department of Justice and Equality this afternoon however confirmed that "The Director of Film Classification has received no request to view the film for exhibition in the Republic of Ireland."

As to whether the movie could be potentially liable for prosecution under the act, the Department simply said it was "not in a position to give legal advice or interpret the law on the questions asked".

The distributor, Altitude also issued a statement saying it "currently has no plans for a theatrical release of My Scientology Movie in Ireland, and has no further comment to make at this time".