Paul Hollywood is staying with The Great British Bake Off for its move to Channel 4 but fellow judge Mary Berry says she will remain with the BBC out of "loyalty".

"Since I was a kid, baking has been part of my life," Hollywood said in a statement. "The seven series inside the tent have created some great memories. Best of all, I have felt so pleased to experience other people getting the baking bug, just as I did when my dad helped me make my first loaf.

"It's been a huge part of my life in the past few years and I just couldn't turn my back on all that - the bakers themselves, the bakes, the team that makes it, and of course the tent, the bunting, and who could forget... the squirrels."

Hollywood concluded by saying he wanted to thank the BBC and departing presenters Mel Giedroyc and Sue Perkins "for making my time in the tent great fun and really rewarding".

The presenter pledged his future to the Bake Off despite being approached by the motoring show, Top Gear. The BBC confirmed that there were "discussions about a guest presenting role for Top Gear" but added that "it was not a full presenting role,"

Hollywood later paid tribute to Berry in a tweet, writing: "I want to thank Mary. I'll miss her but she has made the right decision for her."

I'm staying in the tent with the bakers where I belong. I want to thank Mary. I'll miss her but she has made the right decision for her.

Berry's departure from the hit show at the end of the current series follows hosts Giedroyc and Perkins' announcement that they would not be part of the Bake Off when it moves to its new home and would also stay with the BBC, saying that they were "not going with the dough".

"What a privilege and honour it has been to be part of 7 years of magic in a tent - The Great British Bake Off. The Bake Off family - Paul, Mel and Sue - have given me so much joy and laughter," Berry said in a statement.

"My decision to stay with the BBC is out of loyalty to them, as they have nurtured me, and the show, that was a unique and brilliant format from day one," she continued. "I am just sad for the audience who may not be ready for change, I hope they understand my decision.

"I wish the programme, crew and future bakers every possible success and I am so very sad not to be a part of it."

"Farewell to soggy bottoms," she concluded.

"I've been very lucky to have had the pleasure of working with Mary over the last seven years and I'm so pleased that relationship will continue," she said.

"She is an inspiration to generations, a real icon and I can't wait to cook up more unmissable shows with her in the future."

The Great British Bake Off is moving to Channel 4 after the BBC said it could not afford to keep the series. Channel 4 has signed a three-year agreement with Love Productions, the makers of the programme.

When the news that the show was leaving the BBC broke earlier this month, a BBC spokesperson said the corporation would love to have kept the series but that the sides were "a considerable distance apart on the money".

"Working with Love Productions, we have grown and nurtured the programme over seven series and created the huge hit it is today," the BBC said.

"We made a very strong offer to keep the show but we are a considerable distance apart on the money. The BBC's resources are not infinite. GBBO is a quintessentially BBC programme." 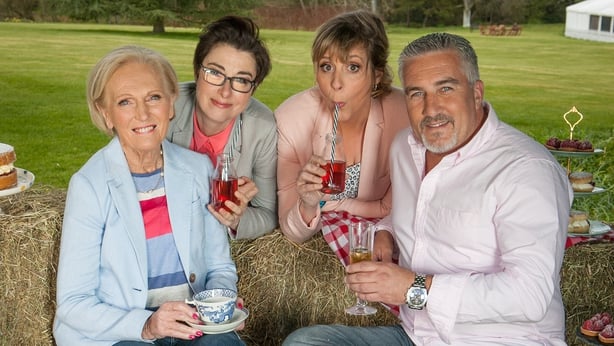 The first Bake Off programme set to be broadcast on Channel 4 will be a celebrity version of the show in 2017, in aid of Stand Up to Cancer.

The show began on BBC Two in 2010 before moving over to BBC One in 2014. The programme currently airs on BBC One on Wednesday evenings.

Last year's Bake Off final was the most-watched show of 2015 in the UK, with 15.1 million people seeing Nadiya Hussain crowned champion.

The return of the show in August set an audience record, as 13.6 million people tuned in for the first episode of the seventh series.