Brad Pitt says he is "saddened" by the split with his wife Angelina Jolie, who has filed for divorce citing irreconcilable differences after two years of marriage and a 12-year romance.

In a statement to People magazine on Tuesday evening, Pitt said: “I am very saddened by this but what matters most now is the well-being of our kids. I kindly ask the press to give them the space they deserve during this challenging time.”

Jolie's lawyer Robert Offer confirmed that the actress filed for "dissolution of marriage" adding that "the decision was made for the health of the family".

He added in the statement: "She will not be commenting, and asks that the family be given its privacy at this time."

Jolie's manager, Geyer Kosinski, released a further statement on the split, telling E! News: "Angelina will always do what's in the best interest of taking care of her family. She appreciates everyone's understanding of their need for privacy at this time."

US showbiz website TMZ first reported the news, saying that the actress and director filed the legal documents on Monday, September 19.

Jolie is said to be asking for physical custody of their six children, while requesting visitation rights for Pitt.

A source told the website that the reason for their split is due to Pitt's parenting methods.

Hollywood's most famous couple - who were dubbed as Brangelina by the press - wed in August 2014, after ten years together.

They famously met on the set of Mr and Mrs Smith in 2004, when Pitt was married to Friends star Jennifer Aniston.

Jolie was previously married to actor Billy Bob Thornton for three years before their divorce in 2003.

Brangelina to BrexPitt: Rise and fall of Brand 'n Ange

They have not made an official public appearance together since last November at the premiere of their film By the Sea, which was about an unhappy couple.

Jolie wrote, produced, directed and starred in the movie alongside Pitt, and admitted that the filming process was "hard" and left them "really worried" about their marriage. 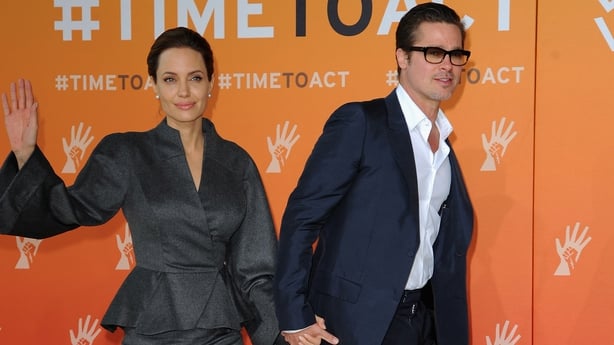 "Brad and I have our issues, but if the characters were even remotely close to our problems we couldn’t have made the film.

"To be clear: we have fights and problems like any other couple. We have days when we drive each other absolutely mad and want space, but the problems in the movie aren’t our specific problems", she told The Telegraph newspaper.

They are parents to Maddox, 15, Zahara, 11, Shiloh, 10, Pax, 12 and eight-year-old twins, Knox and Vivienne but haven't been seen in public with the kids since July.

Jolie is being represented by divorce lawyer Laura Wasser, who helped in her divorce from Billy Bob Thornton and is currently representing Johnny Depp in his divorce from actress Amber Heard. She's known as the 'Disso Queen' for her skill at dissolving marriages.

In recent years Jolie has worked as a goodwill ambassador and envoy for the United Nations and became an outspoken voice for refugees and various other international causes. 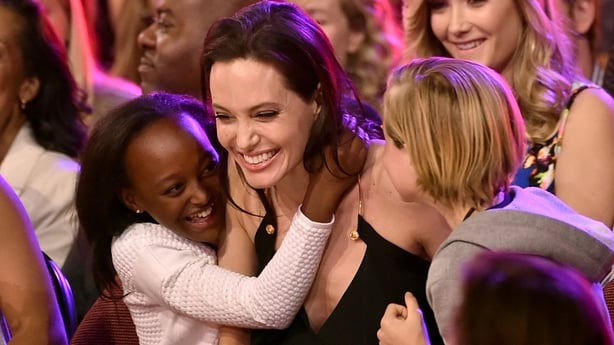 She's also been vocal on the issue of breast cancer treatment after she underwent a preventative double mastectomy and had her ovaries removed due to a genetic predisposition towards the disease.

The actress was in Dublin in 2005 for the Irish Premiere of the movie Alexander which she starred in alongside Colin Farrell. She joked to RTÉ that she was looking forward to a night on the town with her Irish co-star.