Actor Bill Nighy has said he was "proud" to fill the role intended for the late Alan Rickman in his latest film, The Limehouse Golem.

Rickman, who died of pancreatic cancer in January aged 69, was set to star in the adaptation of Peter Ackroyd's novel but was forced to pull out before his death due to his illness.

Nighy, 66, said he was a "great admirer" of Rickman after taking over the role of police inspector John Kildare, who investigates a series of brutal killings in Victorian-era London.

He told the Press Association: "I didn't have any reservations (about taking on the part). I was very proud to be considered in those terms. I knew Alan reasonably well and I was a great admirer, like everyone else who came into contact with him. 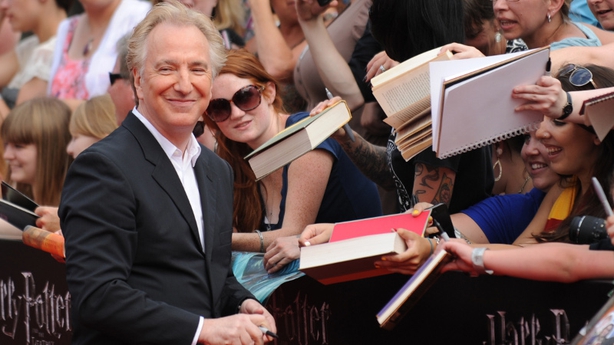 "At the time we didn't really know how ill he was indisposed. Obviously it was a great loss to everybody."

Nighy, who starred in Love Actually and Pirates Of The Caribbean: Dead Man's Chest, said he was a fan of superhero movies but believed there was an increasing market for smaller films.

"I think the market will get bigger and bigger because of the way of the digital revolution, people are just going to need more stuff," he said.

Discussing the success of British actors in the film industry, Nighy said: "I don't think it has much to do with where you come from, it's just those are the breaks.

"There's a tradition, there are precedents because we've been making films for a long time and therefore younger people coming through see that possibility. But I think it's happening over.

"I don't think anybody should be discriminated against depending on their background. I think everybody should have equal opportunities."

The Limehouse Golem had its world premiere at the Toronto International Film Festival, which runs until September 18.