Contestant Louise Williams said she was "disappointed I didn't get my chance to shine" as she crumbled under the pressure of biscuit week on Wednesday night's edition of The Great British Bake Off.

It was not a nice day for a white wedding in the baking tent as her gingerbread church fell apart in the final seconds of the Showstopper challenge, leaving her presenting two heaps of sticky biscuit to judges Mary Berry and Paul Hollywood and securing her exit from the competition.

The bake - which she classed as an "A1 disaster" - has left a bitter taste in the Cardiff hairdresser's mouth as she approaches her own wedding to fiance Simon next year, with Louise vowing, "I won't be making a gingerbread cake." 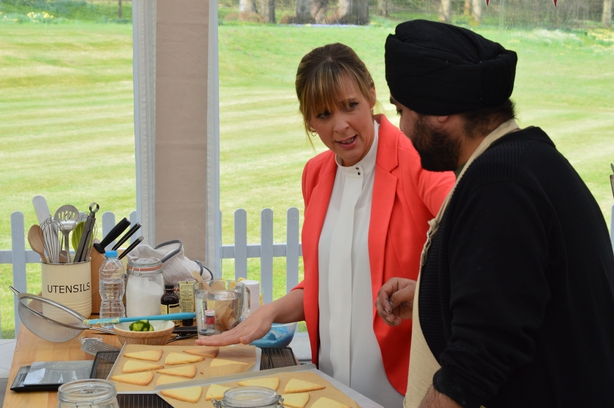 The 46-year-old, who bakes for charity coffee mornings, said: "I was disappointed, because I didn't get my chance to shine.

"My real passion is bread, I bake it all the time, but my weakness as a baker is biscuits, so I am sorry that Paul didn't get to taste my speciality - focaccias.

"I would repeat it all in a heartbeat. How could you not enjoy the feeling of being in the tent?"

Week two in the tent began badly as Louise dropped the sheep-shaped Bara brith biscuits she had made for the iced biscuit Signature bake on to the kitchen floor.

The salvaged results were deemed uneven and soft, before she came tenth in the Technical for her Viennese whirls. 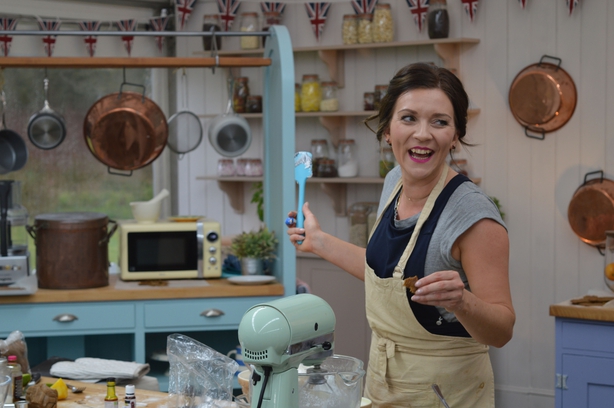 Biscuits proved a trying task for the other bakers too, with keep-fit fan Val's Statue of Liberty Showstopper also collapsing at the last-minute, and student Michael's Lapland scene dubbed "Santa's workshop from Hell".

Candice was awarded Star Baker after wowing the judges with her family pub recreated in gingerbread and even syrupy ginger cake for the sticky carpet.

Host Sue Perkins was absent from filming in the tent due to a family bereavement, however she appeared in the episode examining the history of biscuit dunking.

The segment came swiftly after Hollywood caused controversy in the first episode for dipping a Jaffa Cake in his tea.