Television presenter Laura Whitmore is the latest contestant to be announced for BBC One's Strictly Come Dancing and has vowed to "embrace the sequins".

The Bray native was revealed as a contestant during Nick Grimshaw's BBC Radio 1 breakfast show on Wednesday morning.

She joins singer Will Young and British politician Ed Balls in the line-up announced so far.

"I've known for a while but it's so secretive - you've got fake names and stuff," she said. This year the show has used Shakespearean codenames with Whitmore choosing 'Lady Macbeth'. 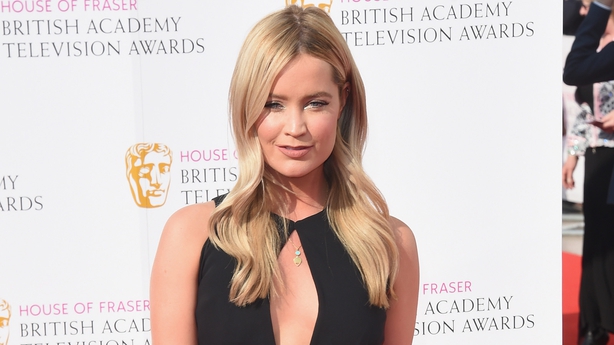 The 31-year-old, who did Irish dancing as a child, said she had known "since series one" that she wanted to take part in Strictly but was unable in the past due to work commitments. She said her mother already has flights booked from Ireland to see her take part in the show. "That's what she's always wanted me to do," she said.

At the end of the month Whitmore will find out the identity of her professional partner. When asked what she was looking for in her Strictly other half, she replied: "I just want someone who can lift me."

@bbcstrictly pro boys after finding out @thewhitmore will be joining the show #Strictly2016 pic.twitter.com/XJQk8IsIJn

Her fellow contestant Will Young has also said that the timing had not been right for him to take part in the show in previous years.

"Music is my passion and the dancing I have done has always been with a microphone in hand. Now there will be no microphone or band, just me, my partner and the dancefloor," he said.

"Strictly is a show with fantastic live music and has an ethos of positivity and growth. I practice these two things every day, and I will try my hardest to be the best dancer possible."

Last week it was announced that Dancing with the Stars, the international version of Strictly Come Dancing, would be coming to RTÉ One to replace The Voice of Ireland. Previous Irish contestants on BBC's Strictly include singer Daniel O'Donnell, RTÉ 2fm's Nicky Byrne and Mrs Brown's Boys star Jennifer Gibney.