Star Wars actress Carrie Fisher has said that she gave her co-star Adam Driver a spanking when they met for the first time before filming Star Wars: The Force Awakens.

Fisher, who played fan favourite Princess Leia in the original trilogy, and returns as General Leia for the latest reboot of the sci-fi franchise, revealed to an audience of fans at Star Wars Celebration in London over the weekend that she had spanked her on-screen son. 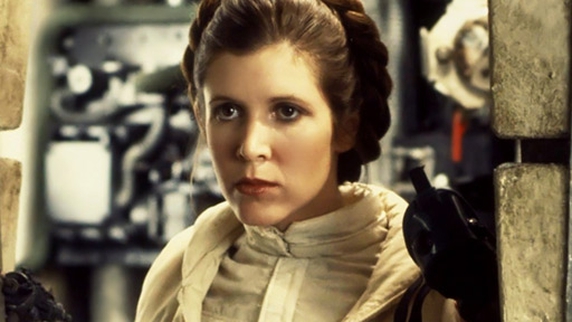 Fisher as Princess Leia in the Star Wars original trilogy

Driver plays Kylo Ren, the son of Leia in the trilogy, and who has also unfortunately turned to the dark side of the Force, attempting to follow in the footsteps of his grandfather and arch-antagonist of the original trilogy, Darth Vader.

Speaking at the Star Wars Celebration in London, Fisher told starstruck fans that her character had been through a difficult time with both her son, and partner Han Solo, who is played by Harrison Ford.

Fisher told fans in attendance that, “Han and I have a very, very volatile relationship, obviously, which leads to space divorce as you know. No, I don't think we are divorced, we're just estranged, which is very rough.”

She said “we had a child, who turned out to be Hitler. Naughty Hitler. Well, you'd feel bad too if your son did all that, wouldn't you?”

“But, I did spank Adam when I first met him, so that felt good”. 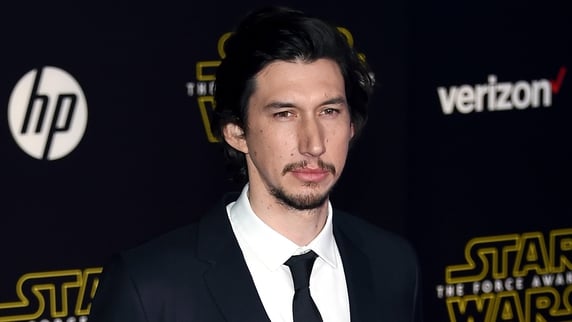 “He's very tall so I don't think he was scared”, she said.

The 59-year-old actress added that she had thoroughly enjoyed returning to the series and getting to reunite herself with former on-screen flame Ford.

However, she also added that her favourite part of filming The Force Awakens was getting to shout at him again.

She said “There was a little bit where I kind of yell at him. Not really yell, but it's fun to go back to the old days when we treated each other badly”.

Fisher also told event host Warwick Davis, who played both an Ewok and master Yoda himself, that she was inseparable from her character.