The makers of Fifty Shades of Grey sequel Fifty Shades Darker, which is filming in the south of France, have confirmed the cast and crew are all safe and accounted for following Thursday night's truck attack in Nice in which 84 people were killed.

In a posting on Facebook, the film's producer, Dana Brunetti, wrote: "Production has confirmed that everyone working on location in the south of France is okay. Everyone has been accounted for and is safe and sound."

"Thanks for everyone's messages and concerns. Another sad day for France and the world," he added.

There are no details at present on whether production on the film will be suspended following Thursday night's attack. 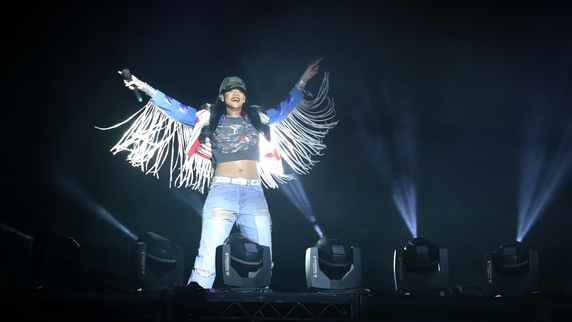 Rihanna has also cancelled a concert in Nice in the wake of the Bastille Day attack.

The singer wrote on Instagram that her gig tonight at the city's Allianz Stadium "would not be going ahead as planned. Our thoughts are with the victims and their families."