Actor Erik Estrada, famous for his role as California Highway Patrol officer Frank 'Ponch' Poncherello in the TV series CHiPs, has been sworn in as a real-life reserve police officer.

The 67-year-old has become a reserve officer for the St Anthony Police Department in the US state of Idaho and will work with the force on its new Internet Crimes Against Children task force. 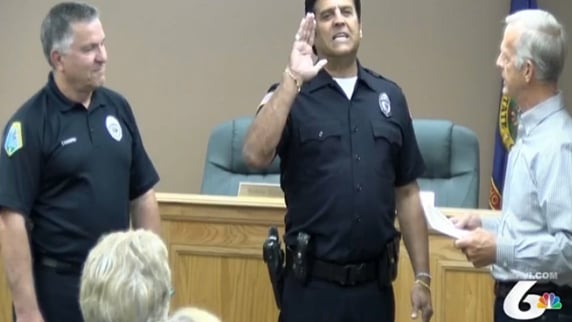 Erik Estrada is sworn in by Mayor Neils Thueson

"The online sexual predator will take his time to groom a child on the internet," Estrada told local station KPVI. "They will send them gifts, they will befriend them, they will be there for them and before you know it, the child has disclosed every bit of information of themselves. Now they know where they live."

Terry Harris, St Anthony's Chief of Police, spoke glowingly about his new officer. "As a community it is really hard to imagine, I mean to come into a small community in Idaho and have somebody of his stature here is... I'm just flabbergasted that he was even willing to come here and do it," said Chief Harris.

After he was sworn in Estrada visited a local high school and is expected to return to St Anthony in September to educate the community about internet crimes against children.

Estrada told KPVI his desire to become a police officer pre-dated his role in CHiPs.

When asked if he had passed the physical exam for the St Anthony Police Department, he replied: "Course I did. I woke up this morning, brushed my teeth, combed my hair, blew it out. Look! I'm ready to go!" 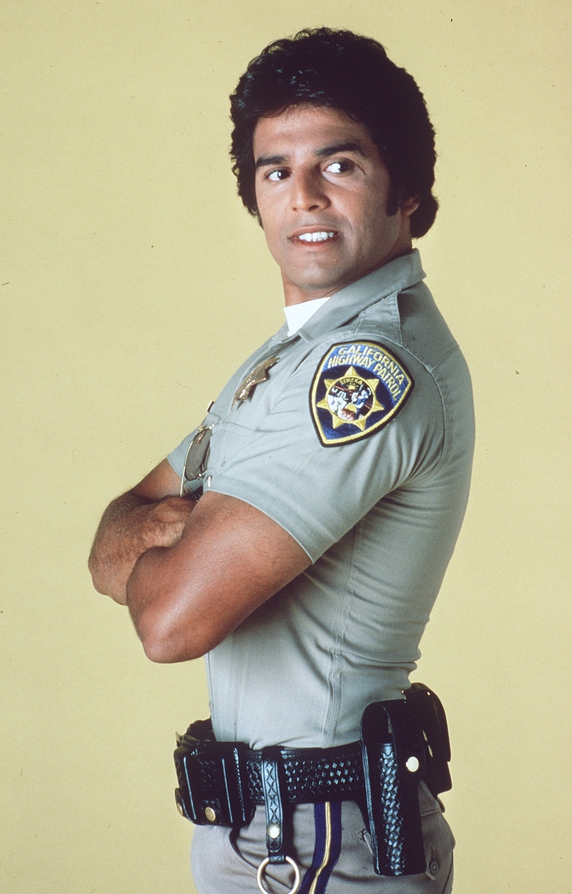 Erik Estrada as Ponch in CHiPs