Paul Noonan of Bell X1, Steve Wall of The Stunning, and Commitments star Bronagh Gallagher are among the acts who will pay tribute to the late and very great Prince in Dublin this July.

Prince, who died on April 21, was a frequent enough visitor to Ireland, making his Irish debut at Cork's Páirc Uí Chaoimh in 1990 and returning for a gig at the RDS in 1992, which memorably featured the world premiere of future classic Sexy Motherf***er.

Prince's last Irish show was at Dublin's Malahide Castle in August 2011 with a set including Gold, Let's Go Crazy, and Little Red Corvette. 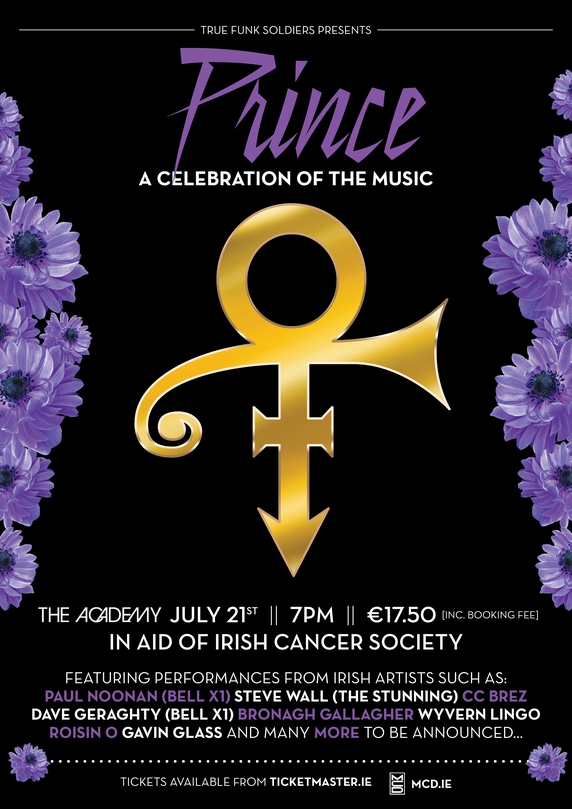 Tickets for Prince: A Celebration of the Music are priced €17.50 (inc. booking fee) and are on sale now via Ticketmaster.ie in aid of Irish Cancer Society.