Spoiler alert (seriously, ALL the spoilers).

Wow. Just wow. I don't even know where to begin.

Last week's Battle of the Bastards was always going to be a hard act to follow but The Winds of Winter absolutely blew it out of the water. It is one of the best, if not the best, episode in the shows history. And that's not something I'd say lightly.

Over the last ten weeks I've bemoaned the Meereen scenes and Arya's Braavosi adventures but I (nearly) take it all back. All of those episodes of build up and groundwork pay off in this feature length season finale and I'm left as speechless as any journalist can ever really be.

It only seems right to start with that huge reveal. R+L=J is true.

One of the longest running fan theories was finally confirmed - Jon Snow is in fact the son of Lyanna Stark and Rhaegar Targaryen!

As Bran journeys back in time again, we finally see the rest of that Tower of Joy flashback that was so frustratingly cut short on us earlier in the season. 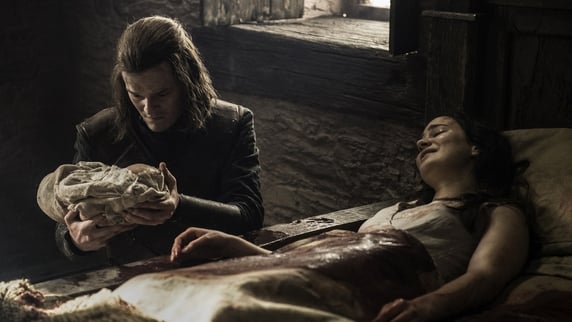 As Bran watches Ned - who turns and looks back even though Bran doesn't call him this time, the past is written, the ink is dry - run up those steps and enter the tower to find his sister covered in blood, I found myself hold my breath with anticipation. Seriously, I don't think I drew breath for the entire scene.

As Lyanna uttered those game changing words "you have to protect him, promise me" I was overcome with emotion. My body became one giant goosebump. The moment we had all been waiting for was finally here and it was dealt with so perfectly.

As the camera closed in on the eyes of the baby, those sad dark eyes, and then shot to Jon Snow, it was just incredible. I had to pause the TV to process. I had hoped the Tower of Joy would be revisited, but a part of me never expected the answer to come.

Now that Bran knows, and has been left by his uncle Benjen at The Wall as he journeys south, what will he do with the information? The man he thought was his brother is actually his cousin, Daenerys' nephew and the rightful heir to the Iron Throne. Jon Snow, with his Stark and Targaryen blood, is the Song of Ice and Fire. See, this is why he could've never been properly dead, we couldn't have missed out on all of this!

In Winterfell (how good was it to see the Stark sigil back in the opening credits?), Jon Snow/Stark/Targaryen shares a lovely scene with his sister/cousin Sansa during which she apologises for not telling him about the Knights of the Vale.

Jon, never one to want power but someone who always ends up with it, tells Sansa that he is having the Lord's bedroom prepared for her because she is the Lady of Winterfell, and he is not a Stark. In what was really lovely coming from her, considering how awful she used to be, she tells him that he is a Stark in her eyes. Cute. I also loved their "Winter is here" moment. All the smiles.

Someone that wasn't smiling, was Littlefinger. 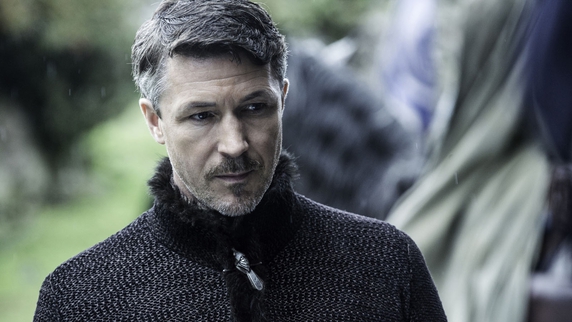 As he opened up to Sansa about his one track mind; taking the Iron Throne with her by his side, she sidelined him with sass. "It's a pretty picture", an ice cold move. I loved it. But I'm pretty sure she'll regret it eventually, you don't want to make an enemy out of Littlefinger.

In the main hall in Winterfell, Lyanna Mormont is the first to hail Jon as the King of the North. I hope this girl gets more screen time next season, she's amazing. As the leaders of the other northern houses join in, Jon looks completely taken aback, and while he shares a smile with Sansa after it all happens, I'm not a fan of the look she shared with Littlefinger. Please Sansa, please don't turn on Jon.

The last big event in Winterfell, and what would've been an episode-stealing scene in any other week, saw Davos confront Melissandre about Shireen. Banishing her out of the north, Jon ignored Davos' call for execution but they both made it very clear that if she returns, she will be killed. I wonder where the Red Priestess will turn up next.

A couple of episodes ago Arya declared that she was homeward-bound and I breathed a sigh of relief. Goodbye, Braavos. Her Faceless Man training and constant fighting with The Waif became quite tedious at times but the payoff in this episode is almost worth it.

After a brilliant exchange with Jaime Lannister, who put him right in his place, I knew Walder Frey's days were numbered but the method was a mystery.

When she decided to leave Braavos I hoped Arya would go on a killing spree across Westeros as she travelled home, ticking off a few names on her list, and who better to start with than the man responsible for the Red Wedding? 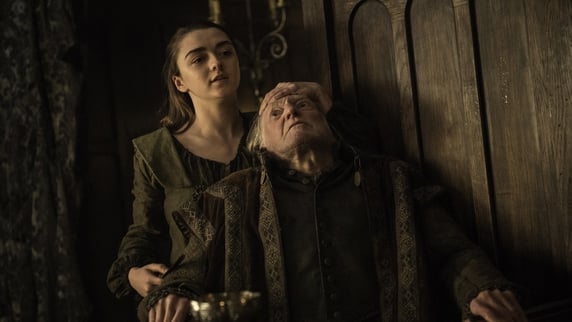 In a chilling scene, Arya, using her training, serves Frey a pie made from the bodies of his two sons, before slitting his throat and watching him die. I mean, it's very dark, but not undeserved. That's a name she can cross off, and a big win for our young assassin. I can't wait to see what she does in season seven.

Now, it's time to deal with King's Landing. There's a new Queen in town and the cast list has been decimated.

After all of the foreshadowing of Wildfire, Cersei put it to good use by burning down the Sept with the High Sparrow and the Faith Militant all inside.

What an opening sequence; it had it all.

Cersei managed to save her son from the blaze, but having found out that Margaery was dead he took off his crown and jumped out his bedroom window, fulfilling Cersei's prophecy that all of her children would die before her. 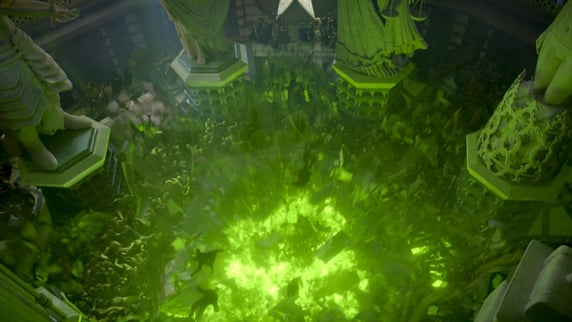 Now Cersei has what she always wanted; the Iron Throne. She has regained her power, she is no longer weak. She is a force to be reckoned with, and all of her enemies are dead. Well, all of the ones in King's Landing.

As Jaime returns, just in time to see her crowning moment, he looks a little concerned. He has just lost his son, but is he starting to worry about his sister and the poisoning madness of power? Will he, at some stage, have to intervene for the good of the realm, like he did with the Mad King?

Margaery was a brilliant character, one that was under utilised this season, but in her death she has pushed her fearsome grandmother Olenna into action. Forming an alliance with Dorne, and via Varys, Daenerys, Olenna is out for vengeance. Cersei won't know what hit her when the Mother of Dragons rolls into town, and thankfully now that she has finally set sail, it is just around the corner. 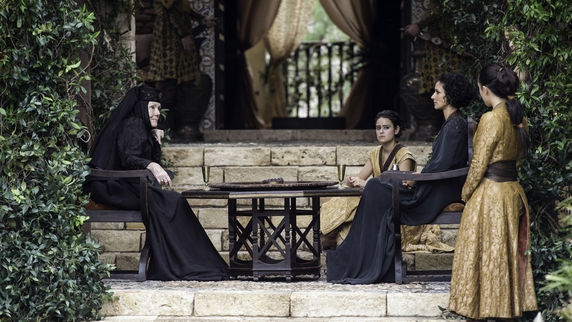 As we leave Meereen and the beautiful Daario Naharis behind, the wheels are put in motion for Daenerys to stake her claim on the Iron Throne.

I really felt bad for Daario ("I don't want a crown, I want you") when she told him he had to stay, but it makes good sense. The newly named Bay of Dragons needs to be looked after, and she can trust him. He was right though when he told her that she shouldn't have to marry someone in order to gain more power. I can't think of anyone that would be in her league. Like, Jon Snow is her nephew, and I know those Targaryens were fans of interbreeding, but this rules him out for me.

Daenerys' scene with Tyrion was fantastic. I could not love their friendship more. The moment she made him her Hand was beautiful.

The final scene of her fleet, and dragons, on their way west was an excellent end to the episode and season. The stage is set for the next chapter and it's going to be a good one. Now, the countdown is on. 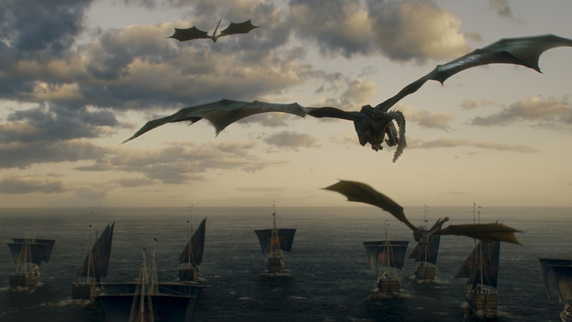