Nicolas Cage and his wife of nearly 12 years, Alice Kim, have separated.

According to a representative for the couple, they decided to part ways in January.

Cage met Kim in February 2004 while she was waitressing in a Los Angeles restaurant. They became engaged two months later after a whirlwind romance and later tied the knot at a private ranch in Northern California.

The couple have a 10-year-old son, Kal-el Coppola Cage, together and were due to celebrate their 12th wedding anniversary in July. 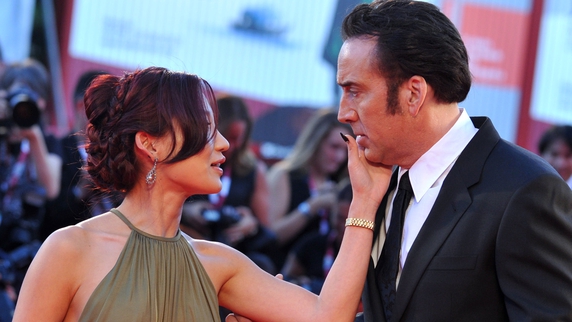 52-year-old Cage was previously married to Patricia Arquette for six years (1995-2001) and Lisa Marie Presley for approximately four months in 2002. Their divorce was finalised in 2004.

The actor has a 25-year-old son, Weston, from his past relationship with model Christina Fulton.