Celebrity chef Gordon Ramsay has spoken of the heartbreak experienced by himself and his wife after she recently miscarried.

The 49-year-old TV chef and his wife Tana said they are both devastated after tragically losing their unborn child five months into their pregnancy over the weekend.

Writing on Twitter, Ramsay said: "Hi guys, Tana and I want to thank you so much for your support over the past couple of weeks.

"We had a devastating weekend as Tana has sadly miscarried our son at five months. We're together healing as a family, but we want to thank everyone again for all your amazing support and well wishes."

Hi guys, Tana and I want to thank you so much for your support over the past couple of weeks.....More: https://t.co/cPSG9dLlJc

Gordon then went on to praise the staff at London's Portland Hospital for their assistance and care throughout their ordeal.

He added in the personal statement: "I'd especially like to send a big thank you to the amazing team at Portland Hospital for everything they've done. Gx [sic]."

Ramsay recently announced that himself and his wife were expecting their fifth child during an appearance on the US Late Late Show, which is hosted by fellow Brit, James Corden.

He said: "We have three girls and a boy... and one more on the way" and joked with Corden about the new arrival saying: 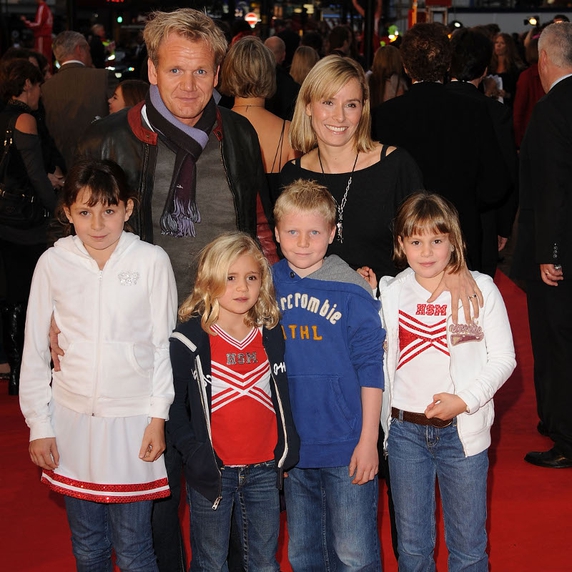 The couple's four teenage children range in age from fourteen to seventeen including their eldest Megan, twins Holly and Jack and the youngest Matilda.

Tana and Gordon married will be celebrating their 20th wedding anniversary this year along with Gordon's 50th birthday.