This week's episode, appropriately titled Blood of My Blood, was all about the ties of family and familial origins.

In the episode's opening we caught up with Bran and Meera, who is really missing Hodor (aren't we all) as she struggles to pull Bran to safety. Bran, who is experiencing a series of flashbacks in rapid succession including, most interestingly, the Mad King shouting "burn them all", Daenerys, Ned being be headed and the Night's King at Hardhome. Each of these flashes tell Bran something important about the whole story in general and things he needs to know about going forward.

The shots of the Mad King are sure to raise some eyebrows as a popular fan theory suggests Bran travels back in time to warn the King of the White Walkers by telling him to burn them, but because it's not time travel in the usual sense, all the King hears is a strange voice which ends up driving him into the madness that caused him to start burning his people. 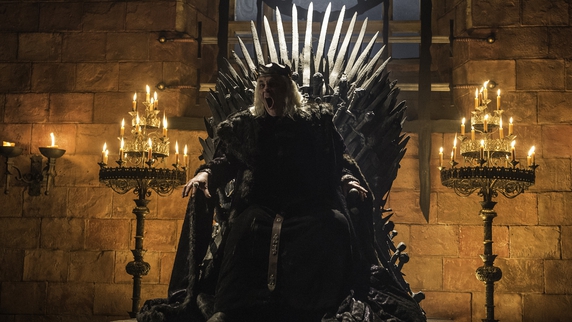 When Bran wakes up he tells Meera that the walkers have found them, and sure enough, they come running. Before they can attack, however, a cloaked horseman appears on the scene with a ball of fire and who is? Only his uncle Benjen Stark who has been missing since season one. It was news of Benjen that the traitors used to lure Jon Snow into the darkness the night that they killed him. An obvious reminder that Benjen was still out there to tee up his return this week.

So what has Benjen been up to? Well, he was stabbed in the gut by a White Walker, but saved by the Children of the Forrest who stabbed him with dragon glass in the heart in order to stop him from turning completely.

This return was satisfying, and can only mean good things in the episodes to come. 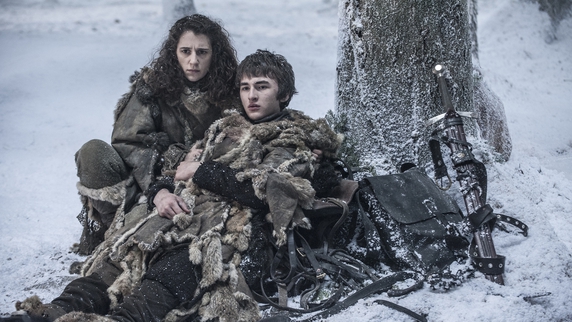 The episode on a whole wasn't the best. Like the Benjen reveal, there was a lot of good moments but nothing all that amazing. At this point in the season, after having a string of episodes that have been largely enjoyable as the plots continue to intertwine, and a few oh my God moments thrown in, I expect better. The audience deserves more.

Don't get me wrong, there isn't a bad episode of Game of Thrones, but in the overall rankings this one would score quite low, as would this season so far.

Blood of My Blood also saw Arya go back to her roots. Failing her mission to kill the actress, as we all expected she would, she has now turned her back on the Faceless Men (who else was disappointed to know they're just assassins for hire?), found Needle and gone on the run. 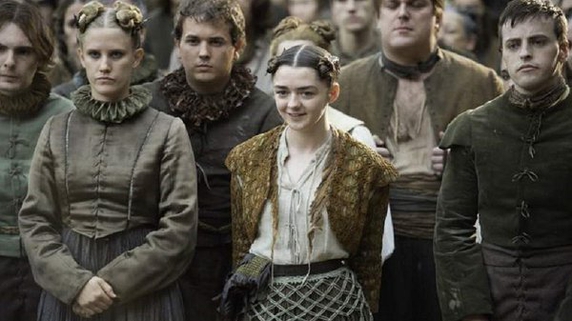 The Waif will do her best to track her down and kill her, but I have faith in Arya's abilities and hopefully now she'll leave Braavos and undertake her own mission of revenge and try to cross a few more names off her list.

I'll be glad to leave Braavos behind. In what was an enjoyable, yet in unexciting, storyline this week, Sam returned home with Gilly and baby Sam.

It was cool to see where Sam had come from, but the main takeaway from this was that his family have a Valyrian steel sword - the ones that can kill the White Walkers - and now it is Sam's. 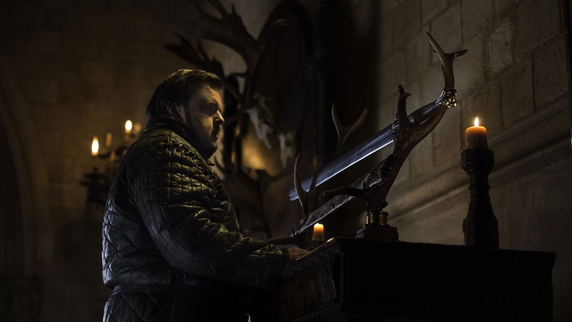 This seems like one of those stories we just have to check in with every so often, but is there anyone out there who actually looks forward to seeing what Sam and Gilly are up to? It's fine when it's in the setting of another, larger plot, but to devote a whole episode with this as one of the main strands was a bit much.

In another big chunk of the episode we got our big face off between the Faith Militant and the Tyrell army, led by Jaime, and while it showed that the High Sparrow is excellent at playing the Game of Thrones, it did little else. This plot line was mainly centred on Margaery and her apparent atonement.

Taking a different route to Cersei, Margaery (who I'm assuming is just playing nice and hasn't actually become a believer) kills the Sparrow with kindness and even convinces Tommen that they must work with the Sparrow going forward. 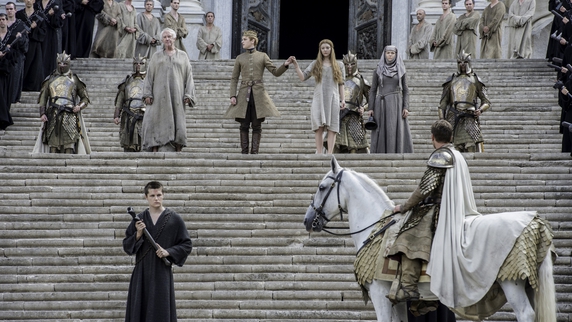 I mean, she wasn't to know that the army were going to come to save her so she had to make alternate plans.

We may not have seen Margaery for a while there but she's back with a bang, her actions in the last two episodes set to have serious repercussions.

Of course, the new alliance between the crown and the faith angers Cersei and Jaime - who has now been stripped of his Kingsguard duties and sent out of the city to Riverun - but they won't give up without a fight. Closer than ever, they want their power back and knowing Cersei, she will do anything to get it. 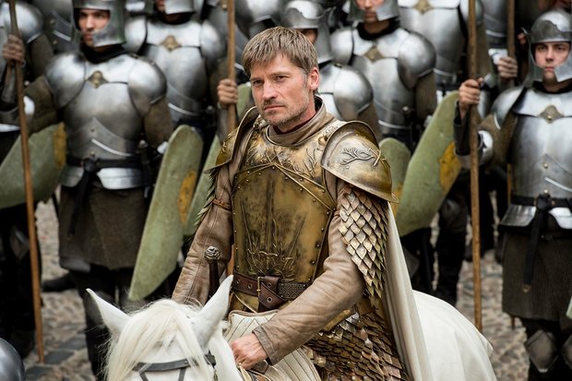 So with Jaime heading to the riverlands, we also catch up with a major player that we haven't seen in a long time. Walder Frey. The man behind the red wedding.

He is now losing lands, with not enough man power to take them back. Things are really on the precipice of heating up, but when will we actually see some action?

In what seems to be a growing pattern now, the episode ended on a high with a random appearance by the Khaleesi thrown in to do just that, end on a good note.

The girl is known for giving a good speech and sitting on her dragon - which has gotten absolutely huge - she has her new Dothraki followers eating out of the palm of her hands. They would do anything for her. 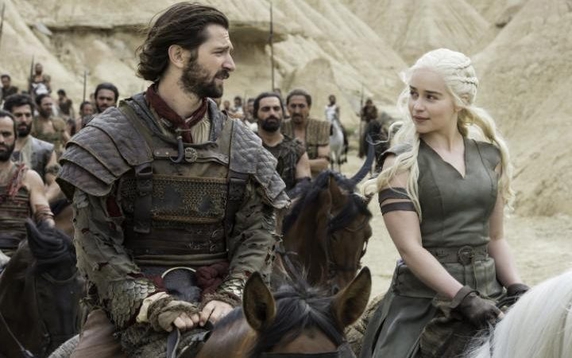 She has her sights set on taking what is hers, and this is great news for us.

Next week needs to be amazing to make up for this week's episode. And for the rest of the season to live up to the ones that have gone before it, every remaining outing has to be perfect.

It's not good enough at this stage to just have a few interesting bits of information scattered over the course of the hour, not in a show that has always managed to stay compelling for the entire duration. Game of Thrones has always been that show that makes you forget about going on Facebook or checking your phone during - unless to discuss what's actually going on in that same episode - but this one didn't have that same hold, and that isn't a good sign.

Hopefully next week will be better.