We are now three episodes deep into the sixth season of Game of Thrones and while it's making for compelling television, it's time to start ramping up the action, writes Sinead Brennan.

The episode, entitled Oathbreaker, sees a lot of important things come to light. Funnily enough, it deals with people breaking oaths, vows and promises to varying levels of surprise.

The episode opens exactly where we want it to – at Castle Black, in Jon Snow's room. As Ser Davos looks on in bewilderment, Jon wakes, assesses his many stab wounds, and eventually sits up, wide-eyed with a look of horror on his face. I can't begin to imagine the level of confusion he is feeling in that moment. Davos puts it perfectly, "It's completely f***ing mad". That it is. 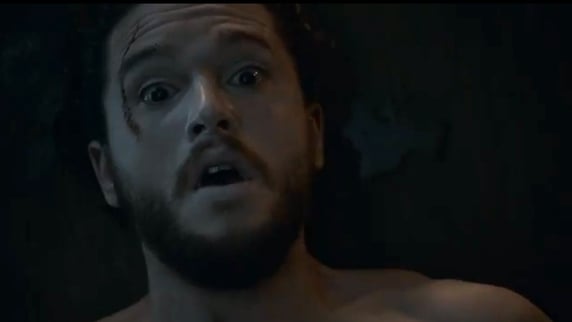 When Melissandre arrives, she seems shocked that her spell actually worked, and asks him what he saw after death, to which Jon replies "Nothing, there was nothing at all" which is likely not what she wanted to hear, especially given her recent crisis of faith in the Lord of Light.

After quite the pep talk from Davos, Jon is ready to greet his remaining loyal brothers and the Wildlings who are, understandably enough, shocked to see him up and about again.

He then gets down to business and has the traitors hanged – only four even though I could've sworn there were more involved - cutting the rope himself in the way that these Stark men always do. Going from one to the other, Jon hears their last words, until he gets to Ollie, who he can't even look at. Remembering that Ollie betrayed him was the bit that stung the most and likely a big part of the reason he did what came next – hands over the Night's Watch to Edd.

"You have Castle Black, my watch has ended." 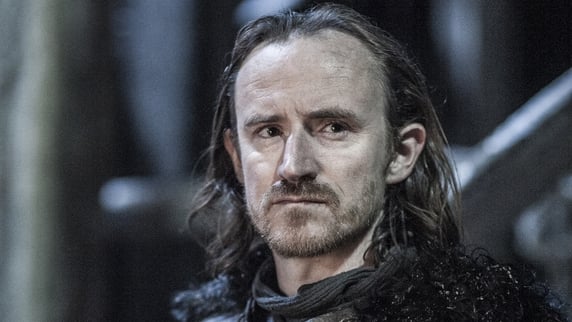 From the moment Jon Snow was killed, we knew if he were to come back to life (yay!) that his time as Lord Commander would be short-lived. His Night's Watch oath only binds him until he dies, and he's done that, so he's free to go. He can now hold lands, take a wife, have children, wear a crown and win glory to his heart's content.

This is going to be Jon Snow's season, where he grows up from the man who once knew nothing, to the man with the vision and support to actually make a difference, and a sense of duty to the Watch won't hold him back. I can't wait to see this new Jon Snow.

The beginning and end of the episode are so tightly linked and following on from the previous two episodes, this one also ends with a big jaw-dropping moment.

For the final scene we are taken to Winterfell, where Ramsay is holding court with Smalljon Umber. As soon as I realised who he was talking to I immediately thought of Rickon Stark, and I wanted to be wrong so much.

Rickon has been missing from our screens since being taken by Osha to safety under instruction from his big brother Bran, who thought his mission beyond The Wall would be too dangerous for him, telling him to go and find the Umbers, a family who were loyal to the Starks, because he would be safe with them. Everyone is safe until they suddenly aren't.

As I suspected last week, when Theon told Sansa that Rickon and Bran were still alive, it could only mean he would be coming back into the show, but I hoped it would be under better circumstances.

In order to form an alliance with Ramsay, who is now calling himself the Warden of the North, Umber brings him Rickon, Osha, and most distressingly, the head of Shaggydog, his dire wolf, in order to prove that the boy is actually Rickon Stark.

In a classic chilling Ramsay style, he closes the episode by welcoming Rickon home, and it doesn't bare thinking about what he's going to do to the poor kid.

Here's hoping Jon Snow marches on Winterfell next week, saves his little brother, and comes across Sansa on his travels south. A Stark family reunion would be just brilliant. 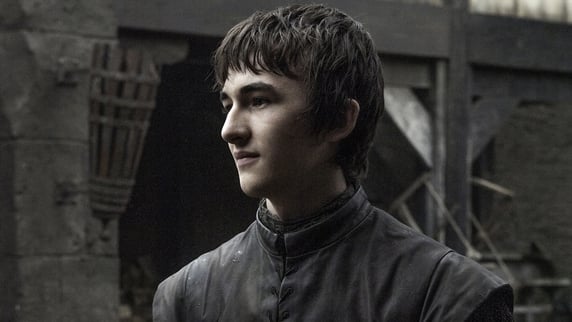 Bran had a reunion of sorts himself this week as he came face to face with his father Ned as a young man. I absolutely love these trips back in time.

This week's flashback was the one we've all been waiting for – the Tower of Joy. We see a young Ned, Howland Reed (Meera and Jojen's dad), and a few friends, approaching the tower only to come up against Ser Arthur Dayne, a famous knight and close friend of Rhaegar Targaryen.

Ned is at the tower to find his sister Lyanna, and asks Dayne why he would be guarding a tower and not Rhaegar, who is now dead, to which he replies, "Our prince wanted us here."

It felt like we were getting so close to finding out who else was in the tower with Lyanna – a baby Jon Snow maybe – as Ned and the lads engaged in a pretty epic swordfight in order to gain access. 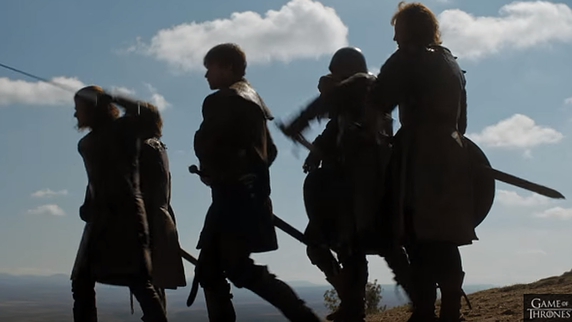 In a touching, but ultimately frustrating because it brought things to an end, way, Bran called out to his father, who stopped and turned as though he heard him. As soon as this happened, the Three-Eyed Raven brought Bran back to reality and told him that they had done enough for one night. But of course, it wasn't enough for Bran and it certainly wasn't enough for us. His shout of "WHAT'S IN THE TOWER" echoed my sentiments exactly. Answers, please!

So, did Ned actually hear Bran's call from another dimension? The Three-Eyed Raven has been waiting for Bran to find him for one thousand years, and plans to teach him "everything" so will this include interacting with the past? The past is already written, but can it be changed? Is this just a way of teaching Bran about the past so he can understand the future?

We didn't catch up with Sansa in this episode, so we'll just assume she's still safe with Brienne and Pod.

We did, however, spend some time in Braavos with Arya, who was in training in the House of Black and White, and it was good news for once as she managed to earn her sight back. I'm glad because it was just getting pretty tough to watch her being beaten up without being able to see the attacks coming, but mainly because she's a pretty badass character and it'll be great to have her back on form. 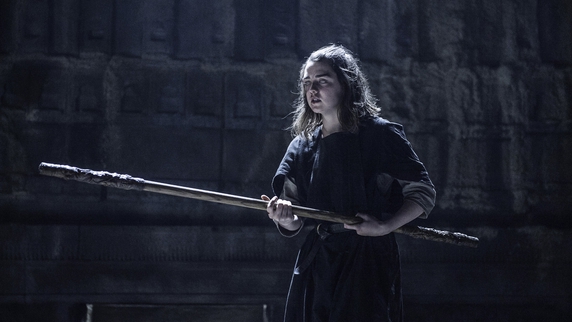 During one of her "I am no one" chats, the Hound is brought up and how Arya left him for dead – could this be a hint that he's not actually properly dead? People have suspected, seeing as we didn't actually see him die, that he might have found help and be holed up in a tavern somewhere drinking ale and giving out about the Lannisters.

Our Khaleesi arrives in Vaes Dothrak this week, where she meets the Dosh Khaleen, who are not happy that she didn't join them as soon as Khal Drogo died. Unimpressed that she went off to try and find a kingdom of her own, they strip her of her clothes, exchanging them for the brown gear they all wear, and tell her that if it is decided that she can join them that will be her best option.

I'm sure she'll manage to wield this all in her favour soon; she has a knack for making people want to follow her. 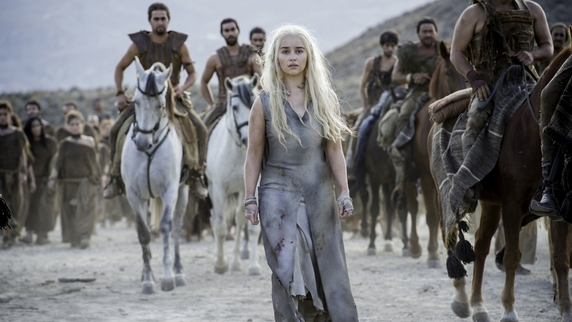 In Meereen we were treated to a hilarious exchange between Tyrion, Missandei and Greyworm, who have absolutely nothing in common. Tyrion does his best to engage them in conversation, even suggesting a drinking game, but neither of them drink, and it turns out he doesn't know any games that don't require wine, so it's pretty awkward stuff.

There isn't really much going on in Meereen, and to be honest there never was, so all I can say is, it's lucky Tyrion and Varys are there. The scenes, due to their lack of urgency and real connection to the other plots, do serve as a breather to the audience and I'd gladly spend more time anywhere that Tyrion is. 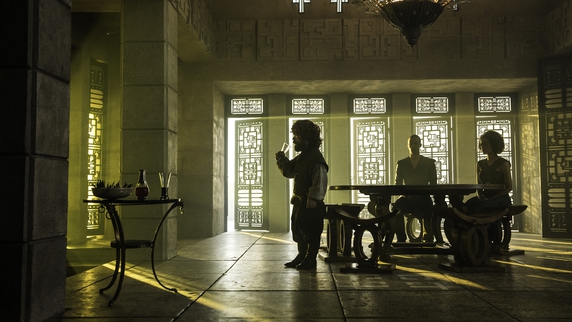 The reason Tyrion has been left to entertain the other pair is because Varys and his little birds have been trying to find out who is calling the shots with the Sons of the Harpy. His birds have led him to Valla, a woman he must manipulate in order to get information. During their exchange, she tells him that she doesn't feel any guilt for her role in the deaths of members of the Unsullied and Second Sons because they are "foreign soldiers brought by a foreign queen" to destroy their city and culture.

Offering her safe passage to Pentos – where he seems to send everyone – Varys eventually gets what he needs from Valla, bringing the information back to Tyrion, who has never been happier to see him.

It turns out the Sons of the Harpy are being funded and organised by the masters in Astapor, Yunkai and Volantis and they won't be beaten by force according to Missandei who says they'll need to be spoken to. Can we just cut our losses here please and move on?! 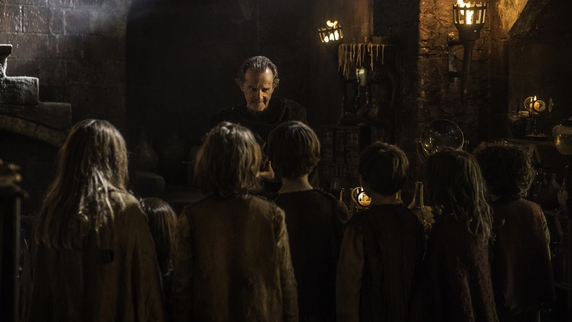 Meanwhile, we meet some of Varys' little birds in King's Landing as Qyburn decides to make them his own and sends them out to do Cersei's bidding.

Tommen, who just seems more like a petulant child than a King, visits the High Sparrow and demands that Cersei be allowed to visit Myrcella's burial site, only to be told that she hasn't yet fully atoned for her sins. That will come after the trial is set – and it'll be a trial by combat so unless the Sparrow is hiding someone bigger and stronger than The Mountain, she has it in the bag – and Tommen accepts that, because he's weak and easily manipulated. 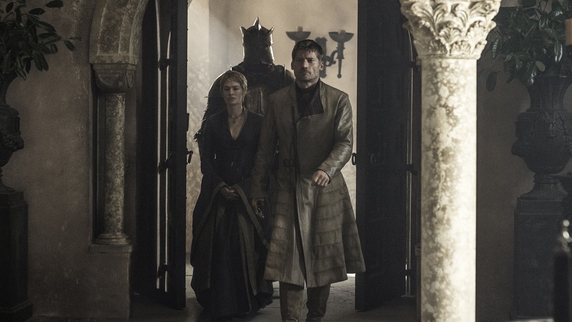 Elsewhere, Cersei and Jaime crash a meeting of the small council to find out Olenna Tyrell is back in town to have Margaery freed. When exactly are we going to catch up with the Queen I wonder?

Finally, there's a short scene with Sam and Gilly, where he is very seasick and she refers to him as the father of her son. He is taking them to his family home where they will be kept safe, because he needs to be able to go back to The Wall and give Jon Snow a dig-out. He's going to lose his mind when he finds out what he's missed!

Another quality episode, but I've my fingers crossed for a bit of action next week. 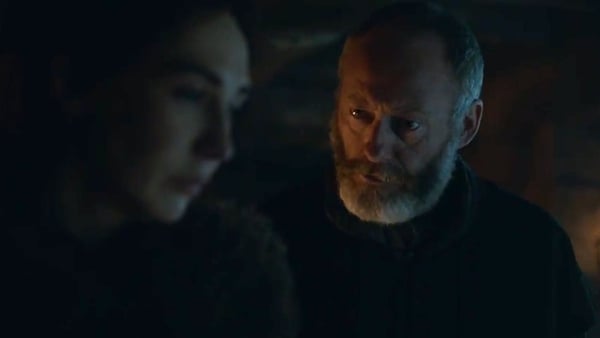