Dermot Morgan's son Ben has been recently diagnosed with Hodgkin's Lymphoma and has written a blog about his experience in order to shed some light on the subject.

The son of the late Father Ted actor Dermot Morgan, who died in 1998, and his partner Fiona Clarke, Ben has been writing about his diagnosis with Nodular Sclerosing Hodgkin's Lymphoma -  "one of the most curable forms of cancer -" in order to "laugh in the face of adversity".

In his blog Stage Four Chancer, the 23-year-old stand-up comedian opened up about his diagnosis, saying he "burst into tears" and "couldn't stop crying" as he "had one of the most feared diseases in the world.

"I firmly believe that most of this emotional distress was due to the stigma surrounding cancer, as opposed to the scientific reality of the situation which, while scary, is completely manageable in terms of stress and worry." 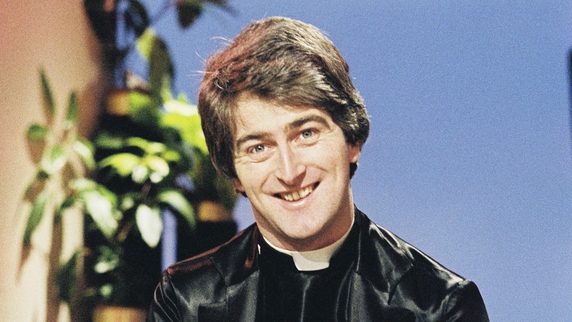 Ben wishes to be "as honest as I possibly can about my experience and crack lots and lots of jokes" in order to counteract the stigma surrounding cancer.

"Walking on eggshells IS NOT F***ING HELPFUL! It merely adds to the stigma and makes people feel worse", he wrote. "When you decide something is off-limits it merely gives that word/topic an undue amount of power. A more useful approach would be to allow discussion of all aspects of such issues in a way that allows us to tease out the specific concerns which make us uncomfortable around such subject matter."

He went on write about how his diagnosis has made him a "much stronger person mentally" and gives advice to other men dealing with health issues, saying crying is an important part of coping.

"I have been a snivelling weak mess, a shell of a man at times, but I always felt better afterwards and I refuse to take any shame in doing so," he wrote. "Look at me now; I’m on top of the world and I feel like I can deal with things I never thought possible before. I honestly believe that this wouldn’t be possible had I not let myself cry out the bad feelings when I was down."