US President Barack Obama has led the tributes to music legend Prince, who has died at the age of 57, saying that the world has lost a creative icon.

President Obama wrote on Facebook: "Few artists have influenced the sound and trajectory of popular music more distinctly, or touched quite so many people with their talent. As one of the most gifted and prolific musicians of our time, Prince did it all. Funk. R&B. Rock and roll. He was a virtuoso instrumentalist, a brilliant bandleader, and an electrifying performer."

US President Barack Obama has led the tributes to Prince, saying that the world has lost a creative icon.https://t.co/Am9ZKgNaQa

The President said that "nobody's spirit was stronger, bolder, or more creative" than Prince's.

"Our thoughts and prayers are with his family, his band, and all who loved him," he concluded.

TEN looks back at Prince's career

The news of Prince's sudden passing has been greeted with disbelief and sadness by celebrity fans and friends. Oprah Winfrey referenced one of his biggest hits in her tribute on Twitter:

Prince the doves really are crying now. Listening to your music. Remembering you. #RIPPrince

Singer Katy Perry said the world had "lost a lot of magic", while Chic's Nile Rodgers described him as his brother.

And just like that...the world lost a lot of magic ? Rest in peace Prince! Thanks for giving us so much...

Director Spike Lee also described Prince as his brother and said he was a "funny cat" with a "great sense of humor". 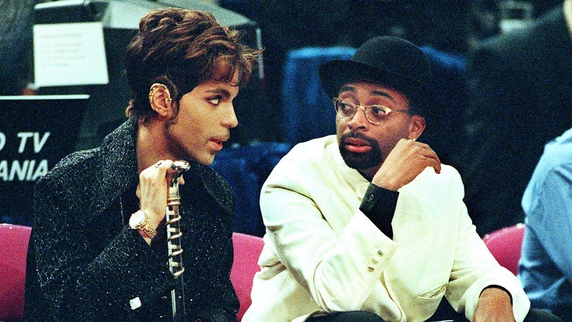 I Miss My Brother. Prince Was A Funny Cat. Great Sense Of Humor. https://t.co/67umQghtbi

Most of those paying tribute have hailed him as one of the greatest musicians of all time. TV host Ellen DeGeneres described him as "brilliant and larger than life" while Kiss bassist Gene Simmons described him as a "giant" of music.

The stars have been paying tribute to the late, great Prince. RIP.https://t.co/me54naKfgp

Irish singer-songwriter Jack L described him as the "greatest of all time", while The Voice UK coach and Culture Club singer Boy George said that, for him, it was "the worst day ever".

More than a "once in a lifetime" artist... Just a ONCE IN FOREVER ARTIST. I'm still in shock as I write this and I feel this overwhelming grief. But, we should all turn away from that and HONOR this musician that changed all of our lives, our perspectives, our feeling, our whole being. From another planet? Probably. Royalty, for sure. Us worthy..? Laughable.

Music producer Quincy Jones meanwhile described Prince as "a true artist in every sense of the word" and said he had "Gone way too soon."

I loved this Man. Too soon. Can't comprehend it but it's unfortunately true. Heaven is yours. RIP #Prince #RIPPrince pic.twitter.com/EH8paEvn75 — MC HAMMER (@MCHammer) April 21, 2016

Prince was brilliant and larger than life. What a sad day. — Ellen DeGeneres (@TheEllenShow) April 21, 2016

Nothing touches our lives quite like music.Part of my youth is gone..Thank you #Prince Words don't do justice to u ?? pic.twitter.com/qv6KctNTKS 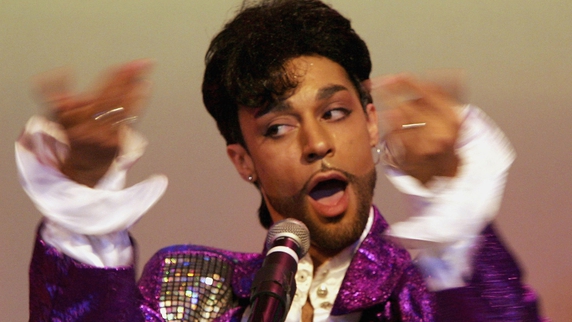 Doves will cry tonight. We celebrate you brother and this thing called Life. Godspeed to the great Afterparty. #Prince

We've just lost an incredible talent! So sorry to hear about #Prince we will always love your music forever and ever! #RIPPrince

A shock to read #Prince has died. He was so magnificent at the Super Bowl that I was privileged to perform the National Anthem in sign. RIP

PRINCE, sad to say, has passed on!!! He was a Giant. My deep condolences go out to his family, friends and fans.

Words cannot describe the gigantic crater left in the wake of the death of #Prince. This one truly hurts. RIP. The doves are crying.

Today the doves will be crying purple tears #Prince

I can't believe #Prince has passed. This is horrible news. #ripprince so sad :( :(

RIP to @prince…a true artist in every sense of the word. Gone way too soon.