After an absence of ten years Ross Kemp is officially back at work on EastEnders from today.

The actor revealed on Twitter on Tuesday night - just before he went to bed, obviously - that he was hours away from stepping back into Albert Square as the infamous tough guy Grant Mitchell.

"Heading off to bed now, up early . . . got Walford work to do tomorrow," he tweeted. The hashtag #rosskempday has since been trending on the social media site as fans express their delight at his return.

Resident hardman, Grant Mitchell, first appeared on EastEnders in 1990. Kemp remained until October 1999 when he took the option to leave. He returned to the show in October 2005 and then left again in June 2006.

Heading off to bed now, up early...got Walford work to do tomorrow! @bbceastenders

Earlier in the week Kemp caused a frenzy among fans of the soap after he teased script for his return. 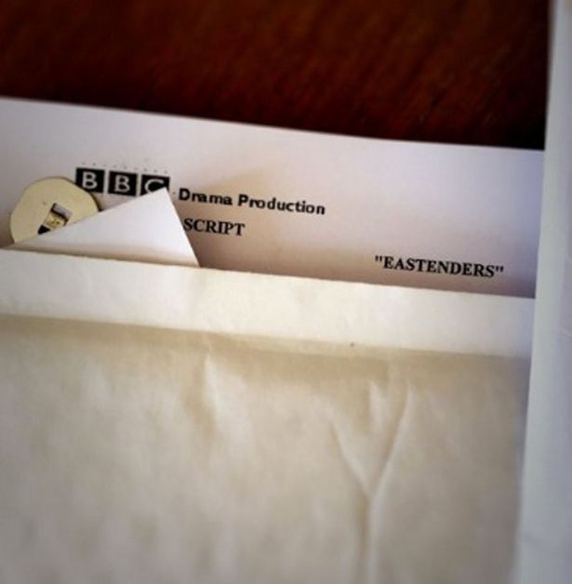 It was confirmed earlier this year that Ross would return to the BBC soap for the send-off storyline of EastEnders matriarch Peggy Mitchell, played by Barbara Windsor. Peggy is set to pass away after she loses her battle with cancer.

Last month Kemp told the Radio Times that he was apprehensive about his return to the soap.

"I've had sniper rounds go through the wall behind me, and I'm quite cool under fire. I'm good at dealing with things like that. But I'm wetting myself at the thought of going back to EastEnders", he said.

Actor @RossKemp shares the reason of his return to @BBCEastenders!https://t.co/WHCA5s5dfO