Hello! Magazine has apologised for running an "exclusive" interview with George Clooney that the actor says was "completely fabricated"

Clooney said that the magazine had touted the interview as an exclusive and said that Vanity Fair, Marie Claire, The Sun and the Evening Standard had reproduced quotes from the article and credited the Hello! as their source.

“I have not given an interview to Hello! Magazine and the quotes attributed to me are not accurate,” Clooney said in an official statement. “In my experience, being misquoted is not unusual but to have an ‘exclusive interview’ completely fabricated is something new. And a very disturbing trend.”

The Clooney article is not to be found on Hello!’s website, but its trace remains on search engines. It was topped with the following headline: “George Clooney reveals wife Amal Clooney’s most attractive feature.”

It goes on to say that in "an exclusive interview with HELLO!” the actor says that he was most “impressed” by his wife Amal’s intelligence, rather than her sense of style. 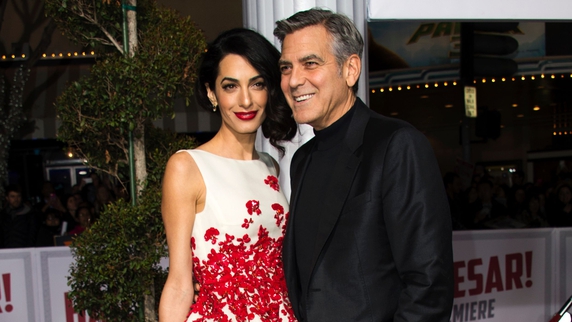 On Hello!’s homepage, the magazine expresses its “dismay” at Clooney’s denial and passes the blame to a third party from whom it purchased the piece.

“The HELLO! Group bought the interview in good faith from a respectable independent agent, Famous, with whom it has dealt for many years and the agency and its writer were both credited at the end of the article in HELLO! Magazine as is customary. Purchase was on the unquestionable understanding that the interview and material were correct and accurate in all respects.”

The statement ends with expression of “deepest respect for both Mr Clooney and his wife, Amal, and its sincere commitment to respectable and accurate journalism”.