Maia Dunphy has opened up about motherhood, revealing that she has decided to take a step back from her job to care for her son.

The TV presenter returned to work just four weeks after she and her husband, comedian Johnny Vegas, welcomed their first child Tom in July 2015.

But she found juggling freelancing with caring for a newborn baby very stressful, and is now content to sit back and watch him grow.

"I’ve taken a step back work-wise in the past few months and it’s been brilliant because I was so determined that I was never going to be a stay-at-home mum, I was adamant that I would keep working," she told the Sunday World Magazine.

"Then one day I just thought, 'hang on, he’s growing in front of my eyes, week by week he’s changing so much, and I’m just sitting here panicking about work'. So I’m taking it a bit easy and I’m enjoying it more than I expected."

The Dubliner, who is based in London, admitted that she found being a mother "overwhelming and slightly terrifying" at first, but she has now settled into the role.

"Motherhood is just better than I expected and I’m such a sad cliché of a mother for saying this, but it actually feels like he’s always been here," she said.

"He has his own little personality and you get so much more back as they get older – he laughs and smiles and he’s generally good craic."

"Every week that goes by I get to know him a little better." 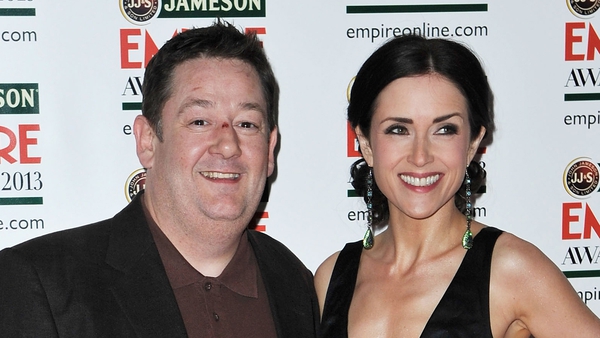