Johnny Murphy, best known for his role as trumpet player Joey 'The Lips' Fagan in The Commitments, has died aged 71.

Glen Hansard, who also starred alongside Murphy in the adaptation of Roddy Doyle's book, also shared a tribute to his Twitter account saying, "The great Johnny Murphy, (Joey the Lips Fagan) passed yesterday.. A beautiful man, and a true gent. Bless you Johnny."

While Murphy made the role of Joey 'The Lips' Fagan famous, established musicians Rory Gallagher and Van Morrison were originally considered to play the part. 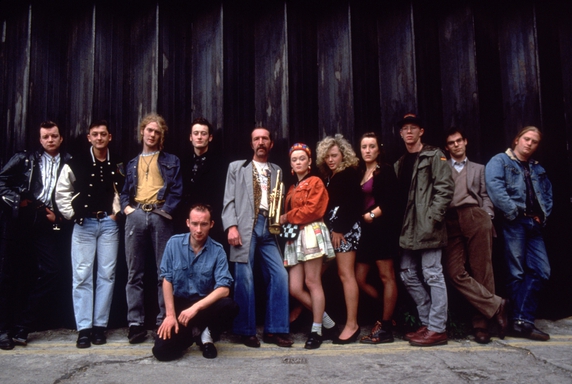 Having made a name for himself as a stage actor first, Commitments director Alan Parker felt that Murphy would be in a good position to mentor the largely inexperienced cast, which included Glen Hansard, Maria Doyle Kennedy, Andrew Strong and Angelina Ball.

Murphy also starred in Into The West, Waiting for Godot and Angela's Ashes.

Tributes for Murphy have been pouring in on Twitter with Love/Hate star Laurence Kinlan calling him a "gentleman" who "lit up our screens".

The great Johnny Murphy, (Joey the Lips Fagan) passed yesterday.. A beautiful man, and a true gent.Bless you Johnny pic.twitter.com/nIW418VEhx

RIP Johnny Murphy. He lit up our screens as Joey The Lips Fagan in The Commitments but he was a Gentleman first. pic.twitter.com/lCInvBfNL3

Very sad-Rest in peace Johnny Murphy(Joey The Lips) He's motoring through the pearly gates on his beloved Suzuki. 🎺💋 pic.twitter.com/N5V7Fl3gVh