Friends Fr Brian D'Arcy and Jimmy Tarbuck have joined fans, fellow broadcasters and even heads of state in paying tribute to Terry Wogan, who has died at the age of 77 after a battle with cancer.

Terry's generosity, sharp wit and, of course, his distinctive velvety voice have all been saluted. However, many have also spoken of how through the strength of his personality he made life easier for Irish emigrants in Britain during the Troubles.

Paying tribute on RTÉ Radio 1's Liveline on Monday, Fr D'Arcy, a longtime contributor to Terry's BBC Radio 2 show, said: "He loved being Irish but it didn't mean that he couldn't also recognise how good England had been to him. And he didn't want to insult anybody. He played that role - which wasn't an easy role to play - but he played it to perfection along the way."

On the same programme, his friend and golf partner Jimmy Tarbuck added: "He got honoured with a knighthood, but the public granted him something [that] only the public can give, and that's their love. That's an honour that isn't bestowed on everybody. But Terry was loved by everybody." 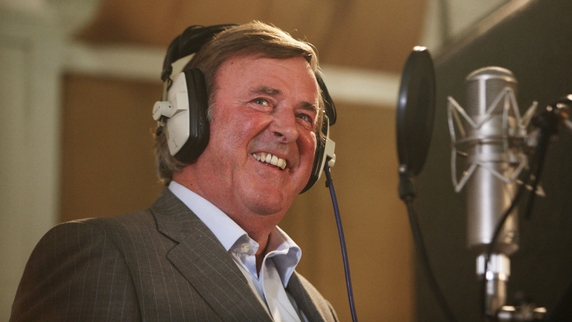 Before he retired in 2009 from his weekday breakfast programme Wake Up to Wogan on BBC Radio 2, the show had eight million regular listeners, making him the most listened-to radio broadcaster in Europe.

"People in Ireland will remember his early career in Irish broadcasting, " President Higgins added, recalling how his move to Britain saw his voice become "the most often quoted, favourite radio voices." He said his success was "a great tribute to his breadth of knowledge and in particular his unique, very personal sense of humour." 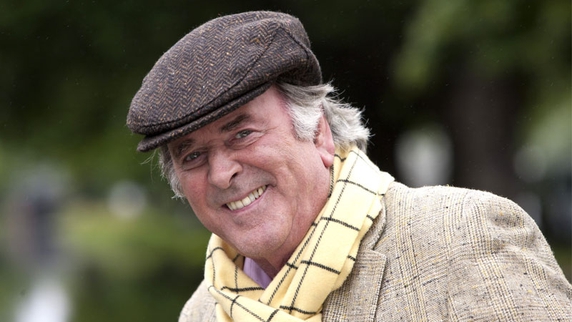 Taoiseach Enda Kenny said that "It is with great sadness that I learned...of the passing of legendary broadcaster Terry Wogan," Mr Kenny also said that the broadcaster’s sense of humour and wit were "unparalleled".

Read TEN's interview with Terry from 2011

British Prime Minister David Cameron tweeted his condolences to Wogan's family saying, "My thoughts are with Terry Wogan's family. Britain has lost a huge talent - someone millions came to feel was their own special friend." 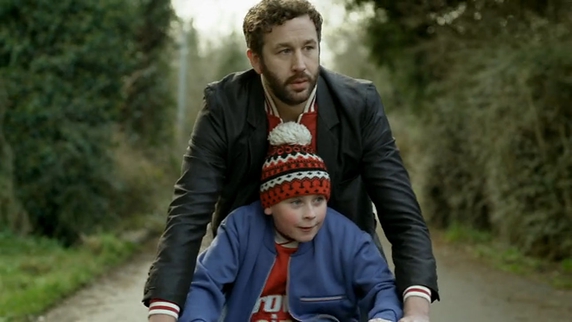 Actor Chris O'Dowd took to Twitter to remember Wogan and to warmly reminisce about the scenes he shot on O'Dowd's comedy Moone Boy.

"Terry Wogan was a busy man. But he kindly gave up a day to film some scenes for Moone Boy. He brought and wore his own 80's mustard suit," O'Dowd said. "I felt guilty as our day ran long, but when we finished, he still insisted on taking us all out for pizza. He was, and is, a class act."

Terry Wogan was a busy man. But he kindly gave up a day to film some scenes for Moone Boy. He brought and wore his own 80's mustard suit.1/2

2/2 I felt guilty as our day ran long, but when we finished, he still insisted on taking us all out for pizza. He was, and is, a class act.

Wogan's anointed successor as BBC Eurovision commentator Graham Norton paid him a warm tribute saying that "He made it seem effortless and for a young boy in Ireland he made it seem possible".

He made it seem effortless and for a young boy in Ireland he made it seem possible. RIP Sir Terry Wogan. I'll raise a glass during song 9.

His influence on the Song Contest itself didn't go un-noticed either, with The Eurovision declaring him to be "without doubt the most remarkable Eurovision commentator in history."

We are deeply saddened by the passing of Terry Wogan (77). He was without doubt the most remarkable Eurovision commentator in history

"Well I'm very, very sad obviously, it didn't come as a great surprise because we knew that he was not well and so we were expecting this day, not quite so soon but there you are," Byrne said. 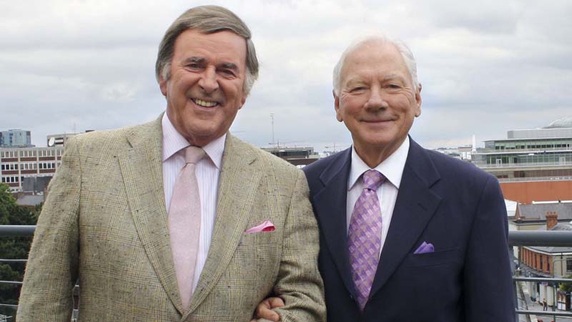 He noted that some people regarded Wogan's sense of humour as "surreal", while others regarded it as "bizarre," but he could see "the quirky fun in things."

The broadcaster recalled how he would regularly play tricks on newcomers coming in to the old Henry Street studios, for instance when they were doing their first radio newscast.

"He would creep into the studio and start untying the two laces of your shoes and tie them to the opposite shoe," Gay recalled, observing that he was renowned for doing this trick, "and while you were reading live on the air and you were full of nerves anyway, he would do this and you wondered what he was doing because it never happened before, and then when  you stood up you fell over. He was full of that pranky sense of humour."

Broadcaster Mike Murphy also said he was 'absolutely shocked' over Terry Wogan's passing. "I can't believe it, I really can't, " said Mike. " He was so ebullient, so full of life, so full of energy, so full of pzazz and positivity. I always just felt that Terry would trundle on forever."  Murphy noted his "incredible command of language". 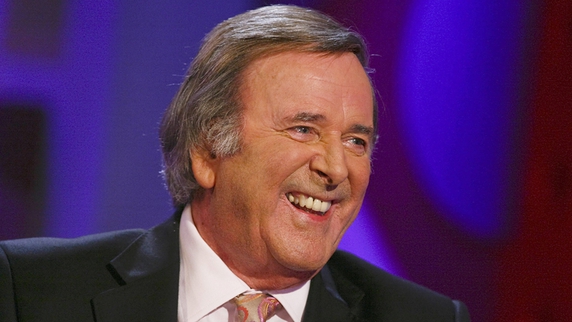 "God be with the days when he used be our boss," Mike added, addressing another veteran presenter Brendan Balfe who also paid tribute on Miriam's programme. Brendan was trained by, and worked under Wogan for a number of years. He also paid tribute to his "sunny disposition" and "offbeat sense of humour."

2FM DJ Larry Gogan believed that both Terry and himself started the same day at Radio Éireann's GPO studios. "He was a staff announcer, I was a freelancer  (at the time), " he recalled, "and we were friends ever since, right through all the years, and particularly down the years in the Eurovision."

When Larry compered his first Eurovision song contest in 1978 on radio, Wogan had already been doing so seven years. Once again, the pranky humour came into play, as the mischievous Limerick-man assured listeners that Gogan was an expert on Yugoslavia, when in fact he knew little about the place. 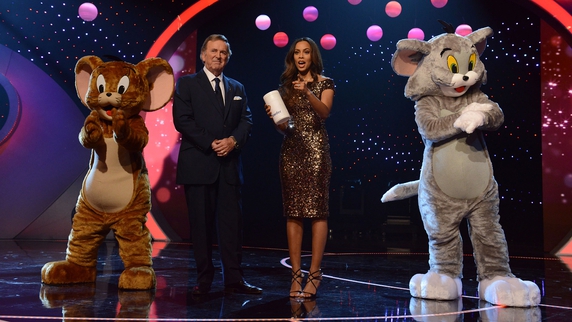 O'Leary then shared Mary Black's rendition of Song for Ireland with the message, "This is for you Terry. 'May the road ride up to meet you'."

Another broadcaster who blossomed in the UK, Henry Kelly. said on RTE Radio that "for so many people in this country, it's going to be like a death in the family. They adored Wogan, they didn't care whether he was or whether he was not a professional broadcaster, he was just 'Terry Wogan.'"

Kelly recalled the Troubles of the 1970s and the 1980s, referring to the bombings. "It was a difficult time to be Irish"

Fans and colleagues of Wogan have also been taking to social media to share their reactions to the sad news, with many hailing him as an 'institution' and praising the longevity of his career and ability to always remain 'relevant'.

Waking up to the very sad news that Sir Terry Wogan has died. Such a very charming man & a great broadcaster. Sending love to his family

So sad about Terry Wogan. A true gentleman. Magnificent broadcaster and a very funny man.

Shocked with the news of @terry_wogan death. Met him many times in Westlife on his TV & Radio shows.
Always a Gentleman,Always a smile
RIP

Terribly sad new about Terry Wogan . My thoughts are with his family. X RIP

So so sad to hear the news today about Terry Wogan. Warm, traditional and yet brilliantly subversive. A true TV and radio icon. What a loss.

Looks like God wants all the best voices up in heaven this month.

Warmth on radio is so underrated and Terry Wogan was the master of it. Add to that insanely funny and irreverent and you have a true great

'People who are successful should never forget that it's 90% luck.' - Terry Wogan.

So sad to hear Terry Wogan has passed. Such a lovely man. We had the honour of working with him many times. You'll be missed Sir. The boys X

To see some of the tributes submitted by members of the public click here.