Addressing George Clooney and his then fianceé Amal in a speech during the wedding ceremony in Venice in September 2014, Amal's father declared: "Now it's time for grandchildren." But George has ruled it out for the immediate future.

The Oscar-winning actor told a Telegraph reporter that there was no truth in the rumour that Amal Clooney was expecting.

"No," George quipped, with a smile. "But I like that you started that rumour." 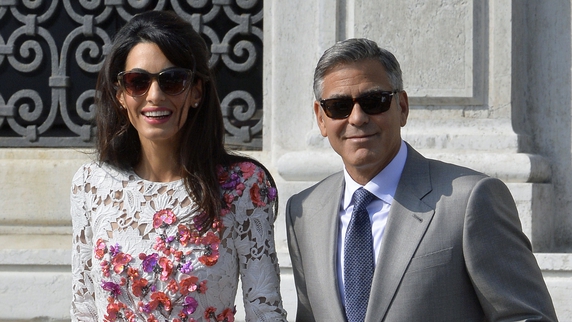 "The president of the Maldives was let out of prison, because of a lot of the hard work that she was doing." George told the reporter. "She's had a very good week."