X Factor winner Ben Haenow has become the latest casualty of the reality TV show and has now parted company with Simon Cowell's music label just months after the release of his debut album.

The singer, who beat runner-up Fleur East in the 2014 final, has been dropped by Syco after failing to make a big impact in the charts. His album peaked at number ten in the UK however his latest single, Slamming Doors, failed to chart.

On Twitter, Haenow described working on his self-titled album, which was released in November, as "the most incredible experience".

"Working with The X Factor and Syco has been the most amazing time of my life and has given me the best possible platform for the start of my career," he continued.

"I have the upmost [sic] respect for them both and cannot thank them enough for all the help and everything they have done for me this past year." 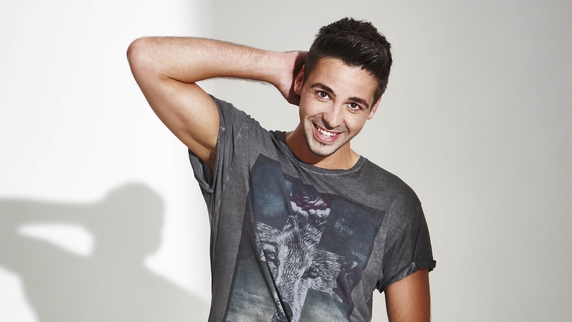 Haenow in his X Factor days

After discussions, both he and Syco Music felt "it was the right time to move on".

Haenow said he was "extremely" proud of his album and described himself as "the luckiest person alive" because of the support he had received from fans. 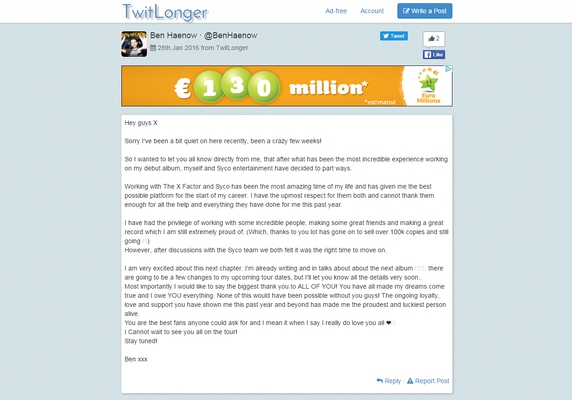 An unnamed source told British newspaper The Daily Mirror: "Simon is sad about the decision but it just hasn't worked out."

They continued: "Fleur East came second in the series but has been more successful and he is now focusing on her career along with launching last year's champion Louisa Johnson."

Haenow certainly isn't the first winner to have been dropped by Syco. Steve Brookstein, Shayne Ward, Leon Jackson and Joe McElderry all suffered a similar fate after the expected sales failed to materialise.