X-Files stars Gillian Anderson and David Duchovny have been reunited on the red carpet at the premiere of a new series of the hit TV show.

The pair, who found fame around the world as FBI special agents Mulder and Scully in the sci-fi drama, have reprised their roles for six new episodes more than thirteen years after the original run ended.

The pair reminisced about the past at the launch of the new season at the California Science Centre in Los Angeles. 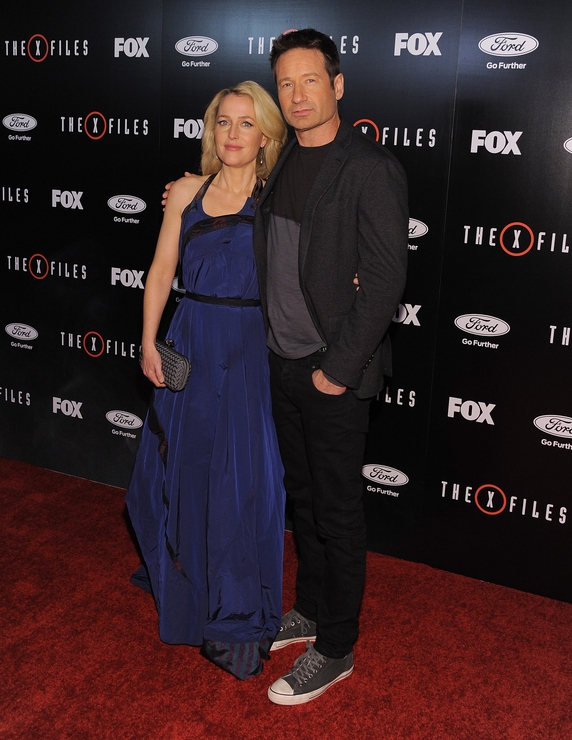 Commenting on the relevance of the show, Anderson, who can currently be seen in BBC1's War and Peace, said: "There continues to be enthusiasm for it. There has been a huge amount of enthusiasm since we announced it (the new series)."

Duchovny added: "I think the themes that it deals with are universal and timeless, and issues of the paranormal and 'are we alone?' 'is the truth out there?' 'can we trust the government?', these are undying questions and are not related to the fashion of our clothes and our hairstyles." 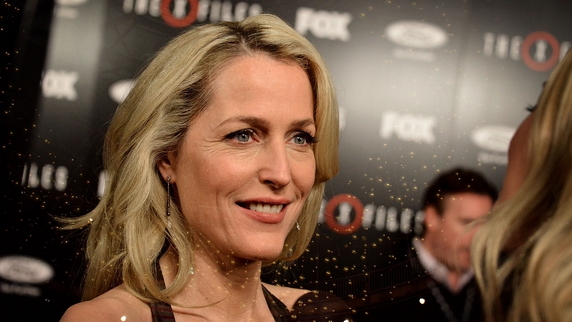 Asked how they reignited their chemistry so long after they last worked together - the series began in 1993 and ended in 2002 - Duchovny joked: "We did some chemistry classes together."

Mitch Pileggi also returns to the show as Mulder and Scully's boss, FBI assistant director Walter Skinner.
Pileggi said: "I think we gave the fans a very intelligent show. Our fans were allowed to think and come up with their own conclusions about some of the stuff we didn't spell out for them and I think they appreciated that."

Also returning to the cast is William B Davis as the Smoking Man, while newcomers Joel McHale, Robbie Amell and Kumail Nanjiani will be among the guest stars.

The X Files arrives on RTÉ2 on Tuesday Jan 26, just two days after it debuts in the US.