It is reported that actors Keri Russell and Matthew Rhys, the stars of Cold War thriller series The Americans, are expecting their first child together.

Representatives for the American actress and 41-year-old Welshman were not available for comment.

Russell and Rhys refused to answer questions about their relationship before finally appearing as a couple in New York in April 2014. 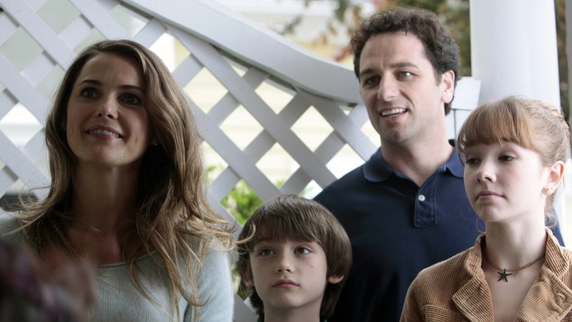 Russell and Rhys in The Americans

Russell has two children, eight-year-old son River and four-year-old daughter Willa, with ex-husband Shane Deary. They divorced in 2013 after seven years of marriage.

Rhys and Russell are currently filming the fourth season of The Americans.