Singer Janet Jackson has postponed her Unbreakable tour until the spring to undergo surgery.

Jackson broke the news on Twitter but gave no details of the surgery she requires.

"Please pray for me, my family and our entire company during this difficult time," she wrote.

Jackson said she would be making no further comment on her health.

She has a date at Dublin's 3Arena scheduled on Saturday April 2, 2016. There are no details at present on whether the show is among those that will be rescheduled. 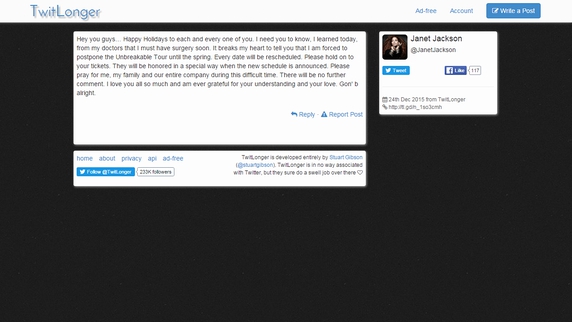 The singer, whose hits include When I Think of You, Let's Wait a While, Rhythm Nation and That's the Way Love Goes, released her acclaimed new album, Unbreakable, in October.

The record, which features the singles Burnitup! and No Sleeep (sic), sees her reunited with producers/songwriters Jimmy Jam and Terry Lewis who worked with Jackson on many of her biggest hits.

Unbreakable went to the top spot in the US charts upon its release, the seventh time Jackson has celebrated a number one album on the Billboard 200. She is one of only three artists – Bruce Springsteen and Barbra Streisand are the others – to have number one albums in each of the past four decades.

Jackson, who of course hails from one of the most famous music families of all time, has also won multiple Grammy, Emmy, Billboard and MTV Awards, and was Oscar and Golden Globe-nominated for her song Again from the film Poetic Justice. Her last Irish show was at the Bord Gáis Energy Theatre in July 2011. 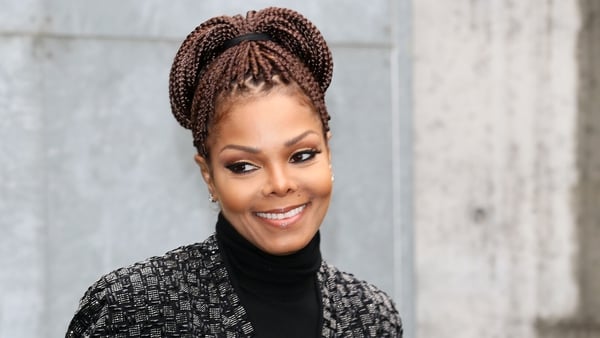