With two of the big themes in Star Wars: The Force Awakens being fate and things coming full circle, director JJ Abrams has told TEN there are a lot of "odd things" in his own life that he can't explain but which may have led him to the blockbuster.

At the press day for the film in London, TEN asked Abrams if he had reflected during the making of The Force Awakens about how as a teenager he was given a summer job by Star Wars producer Kathy Kennedy and how, a few years later, he wrote the script for the film Regarding Henry, which Harrison Ford went on to star in. 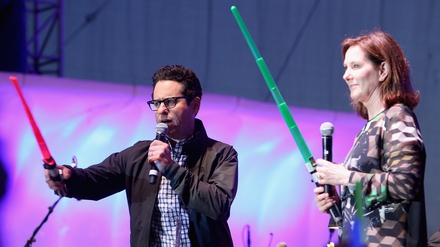 "I think it's almost a dangerous thing to try and make sense of different experiences and how they add up because it's probably just a revisionist history of some sort," he replied.

He continued: "But among the many odd things: being 16-years-old and getting this call out of nowhere that [Cloverfield director] Matt Reeves and I got from Kathy Kennedy, asking if would we repair Steven Spielberg's student films... From that to something as strange as we started shooting this movie on George Lucas' birthday and the movie came out on Steven Spielberg's birthday.

"There's so many weird things along the way that feel like... It almost feels like it doesn't make any sense or you're making it up. But I have no idea what the connection really is." 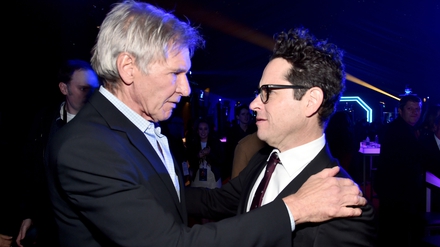 Given the amount of time Abrams has invested in The Force Awakens, TEN also asked him if he had been more emotional than he expected when he saw the finished film for the first time.

"It's hard to look at something that you were involved with for three years - with this many people and going through the processes we have - and look at it with any sort of objectivity," he said.

"But it's weird... Usually I'm very critical and I see things and all I'm thinking is, 'Oh I should've, I could've, I would've'. But every once in a while when I'm watching something [in The Force Awakens] I sort of get caught up in a performance, because the actor did such an amazing job; or a piece of music, because John Williams is so spectacular - the master - or the way something looks or feels. And it's mostly about celebrating and acknowledging the incredible work this crew and cast have done." 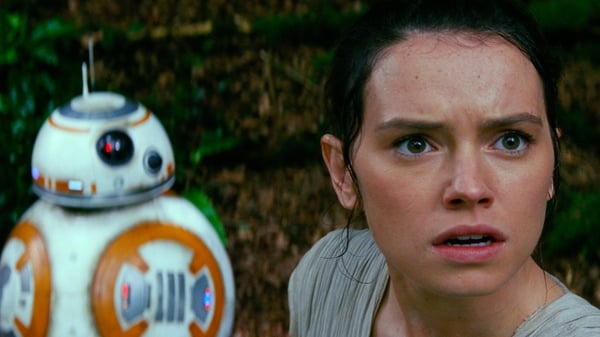